Vijender, 34, was adjudged winner by unanimous decision in a bout that he dominated from the very beginning on Friday night.
IANS 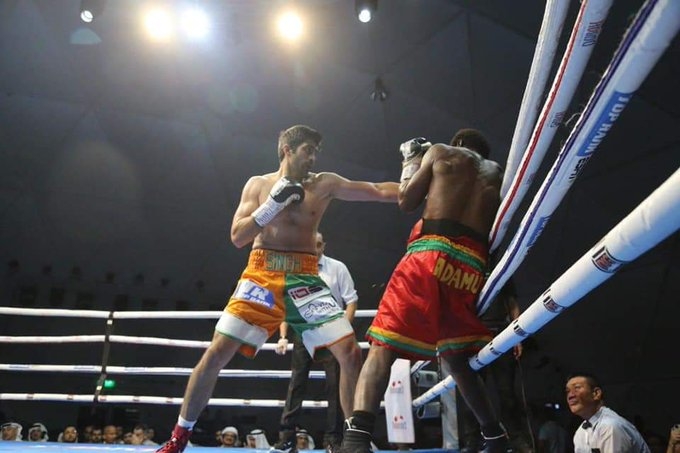 Ace boxer Vijender Singh continued with his dominant run in professional boxing as he defeated Ghana's Charles Adamu at the Caesars Palace Bluewaters to register his 12th consecutive win.

Vijender, 34, was adjudged winner by unanimous decision in a bout that he dominated from the very beginning on Friday night.

"Happy to continue my winning streak and making it 12-0 here in Dubai. Thanks to all my friends and fans for always supporting and believing in me," Vijender said in a tweet following his emphatic victory.

Adamu had come into the contest with an experience of 47 bouts, of which he had won 33 (26 knockouts). The 42-year-old represented Ghana at the 1998 Commonwealth Games in Kuala Lumpur and won bronze. He made his professional debut in August 2001.

He fought Ukrainian Vitali Tsypko in February 2004 for the WBA Inter Continental and suffered the first defeat of his pro career. He was the Commonwealth Super middleweight champion twice, first between August 2003 and March 2004 and then from December 2009 to April 2010.

This was Vijender's second win of the year. His previous bout, which was also his first in the US, was in August in which he had defeated Mike Snider via a fourth round TKO. Vijender is the WBO Asia Pacific and Oriental super middleweight champion.