Blame it on cricket: Chappell 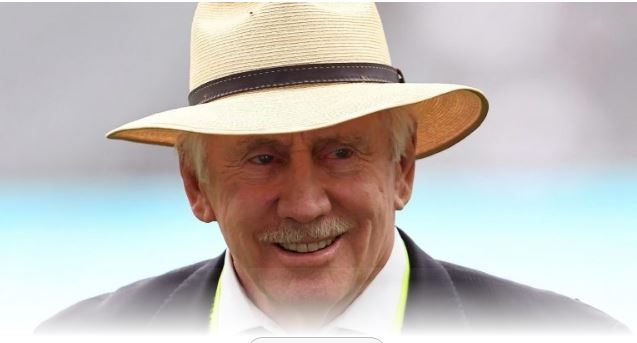 Sydney: Former Australia captain Ian Chappell feels that cricket itself is to be blamed for the bloated and unworkable schedule due to the COVID-19 pandemic in the world. Chappell added that the re-evaluation of the schedule could be the only good for cricket to come from the pandemic.

"Hollywood comedians Stan Laurel and Oliver Hardy's signature line, 'Well, here's another fine mess you've got me into', could easily apply to cricket's current scheduling predicament. In the comedians' case it was heavyweight Hardy accusing his bumbling partner Laurel of yet another blunder.

Cricket has only itself to blame for the bloated, unworkable schedule that the Covid pandemic has blown up like a left-over land mine," wrote Chappell in his column for ESPNCricinfo on Sunday.

"An international schedule that has lately flourished like a mushroom in the dark is now resembling a block of Jarlsberg cheese with its trademark holes. Nevertheless, that is what is needed - some sympathy, in the light of the constant Covid disruptions to the international calendar. From cricket's point of view, the only good that could come from the pandemic is a thorough re-evaluation of the schedule," added Chappell.

Chappell believes the cricket scheduling in COVID-19 times will become critical when England will be presented with guidelines for the Ashes trip in Australia.

"The situation could reach a critical point when the England players are presented with the restrictions that will more than likely apply during their Ashes tour of Australia. Confronted with a choice between a severely diminished Ashes series or a hastily arranged replacement tour, Australia might feel sympathy for what countries like Pakistan have experienced."

"Could this possibly bring one of the 'Big Three' to a crisis meeting of the ICC with a feeling of empathy for the plight of lesser nations? Only an eternal optimist would answer 'yes' to that question."

The 78-year-old drew parallels between cricketing nations and former USA President Donald Trump. "However, that would require the cricket countries to come together in good faith with a view to making decisions in the best interests of the game. As we've seen over the years, and particularly in more recent times, the likelihood of this happening is about the same as that of Donald Trump displaying humility."

"In the early 2000s when the game's administrators followed the golden rainbow and discovered the IPL at the end of it, they unwittingly transferred enormous power into the hands of the players. There's no better time for the administrators to call in that favour and work with the players to map out a better and more equitable future for the game."

"If that situation were to eventuate and the result is a workable schedule that accommodates all, cricket will have the pandemic to thank for helping extract itself from a nice mess of its own making," concluded Chappell.

Treatment meted out on Pakistan harsh

Former Australia captain Ian Chappell has said that the treatment given to Pakistan has been excessively harsh, especially after them touring overseas during the Covid-19 pandemic. Chappell's comments come after New Zealand abandoned their men's white-ball tour minutes before the start of first ODI at Rawalpindi. Three days later, England pulled out of their men's and women's white-ball tours to Pakistan in October. "There's no doubt that completing cricket tours unhindered during the pandemic is a precarious business. Just surviving from day to day is an accomplishment in the current climate. Nevertheless, the treatment meted out to Pakistan, in particular, appears to be excessively harsh, considering the way they have unselfishly toured other countries during the pandemic," wrote Chappell in his column for ESPNCricinfo on Sunday.