Morocco beat Canada 2-1 to seal the place in the Round of 16 as table toppers.

Belgium were sent crashing out of the ongoing FIFA World Cup 2022 following a goalless draw with Croatia in the final Group F encounter on Thursday.

Belgium were eliminated after scoring one goal in three games and failed to live up to its status as the second-ranked team and one of the tournament favorites.

Needing a win to be sure of advancing, Belgium produced its best performance of the World Cup and wasted two clear chances that fell to Romelu Lukaku. The halftime substitute struck a shot against the post and failed to control a ball that bounced off his chest.

What has long been called Belgium's "Golden Generation" - now featuring six players with more than 100 appearances - is set to split up with a World Cup semifinal appearance in 2018 as its peak.. 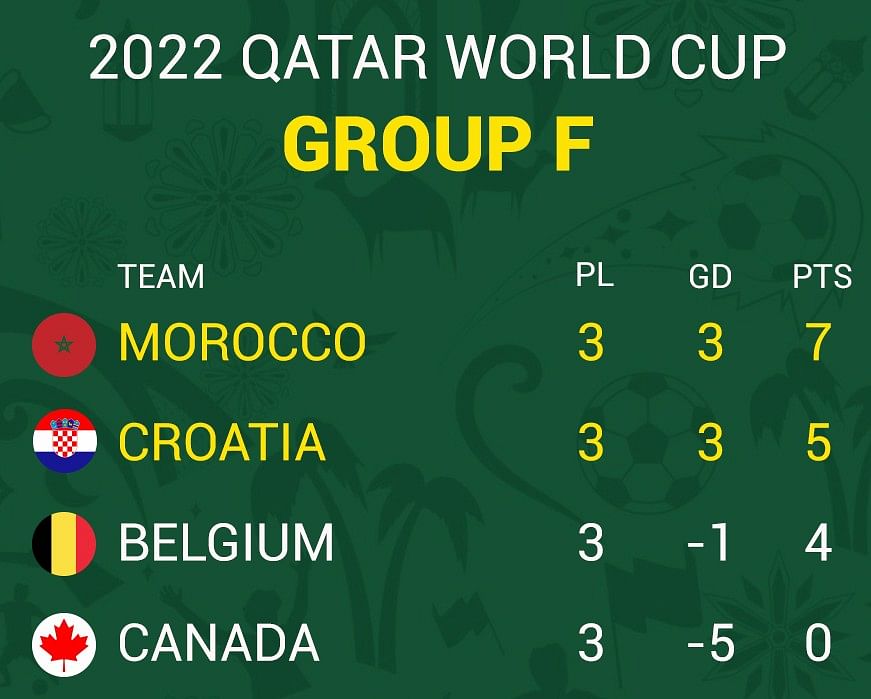 Meanwhile, Morocco beat Canada 2-1 to seal the place in the Round of 16 as group winners.

Goals from Hakim Ziyech and Youssef En Nesyri helped Morocco take 2-1 lead against Canada in the first half. Nayef Aguerd's own goal helped the Canadians pull one goal back after trailing 0-2.