Beating Kerala Blasters in their opener and later splitting points with Chennaiyin, Jorge Costa's Mumbai FC will look to make the most of it.
FPJ Bureau 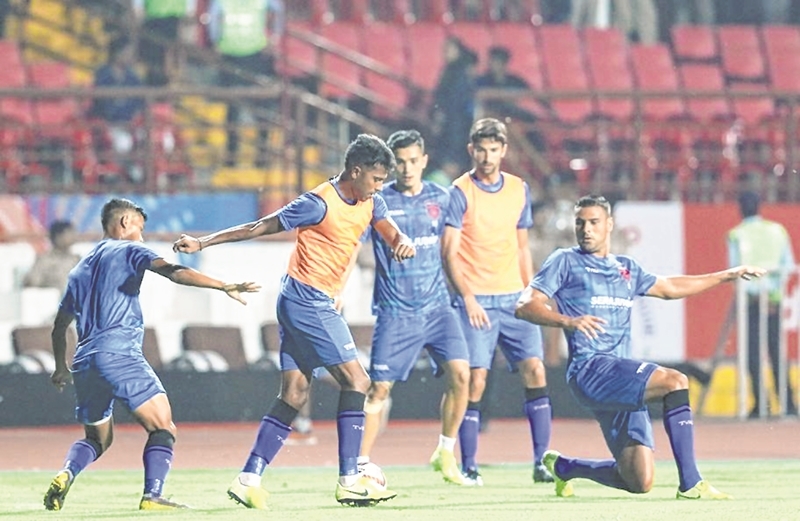 Beating Kerala Blasters in their opener and later splitting points with Chennaiyin, Jorge Costa's Mumbai FC will look to make the most of it.

Costa is not taking Odisha FC lightly. "Odisha FC, earlier Delhi Dynamos FC, played pretty well last season and created a lot of opportunities too. We must respect them and I know that it won't be easy," he said about their rivals.

After a bit of away success, the Islanders will fancy their chances against Odisha FC who are still searching for their first win of the season after two close defeats.

However, it will be an interesting game between managers who have completely contrasting philosophies.

Jorge Costa’s Mumbai City FC are known to sit back and absorb pressure as they look to hit teams on the break. While Costa does not put much emphasis on possession-based football, Josep Gombau’s Odisha FC are very much comfortable on the ball and like to hog possession.

However, Odisha’s defence has looked frail in the opening two matches where they have leaked in four goals, despite playing the majority of their opening game against a 10-man Jamshedpur FC.

“We didn’t get the result. The first game we may have some passing inaccuracy. But in the second game, I think we dominated the game. We conceded due to small mistakes, but we controlled the game and created a lot of chances.

I think the team is doing well and we don’t deserve to get zero points. I am confident that the team will do well tomorrow,” Gombau said.

Odisha FC have conceded winners in the final 10 minutes in both their matches so far, something which Gombau and his team needs to work upon. The task has not been made easy by the absence of Carlos Delgado who was sent off in their match against NorthEast United FC.

“I'm not hundred percent happy after our two games. We still have to work harder and do well. My players work hard daily and are happy together," he added.

Mumbai are likely to miss the services of defender Mato Grgic and the coach may have to again field an all-Indian back-line which kept a clean-sheet against Chennaiyin FC.

They would also hope that Paulo Machado is fit to start while striker Modou Sougou, recovering from the knock he suffered in the last game, is doubtful.