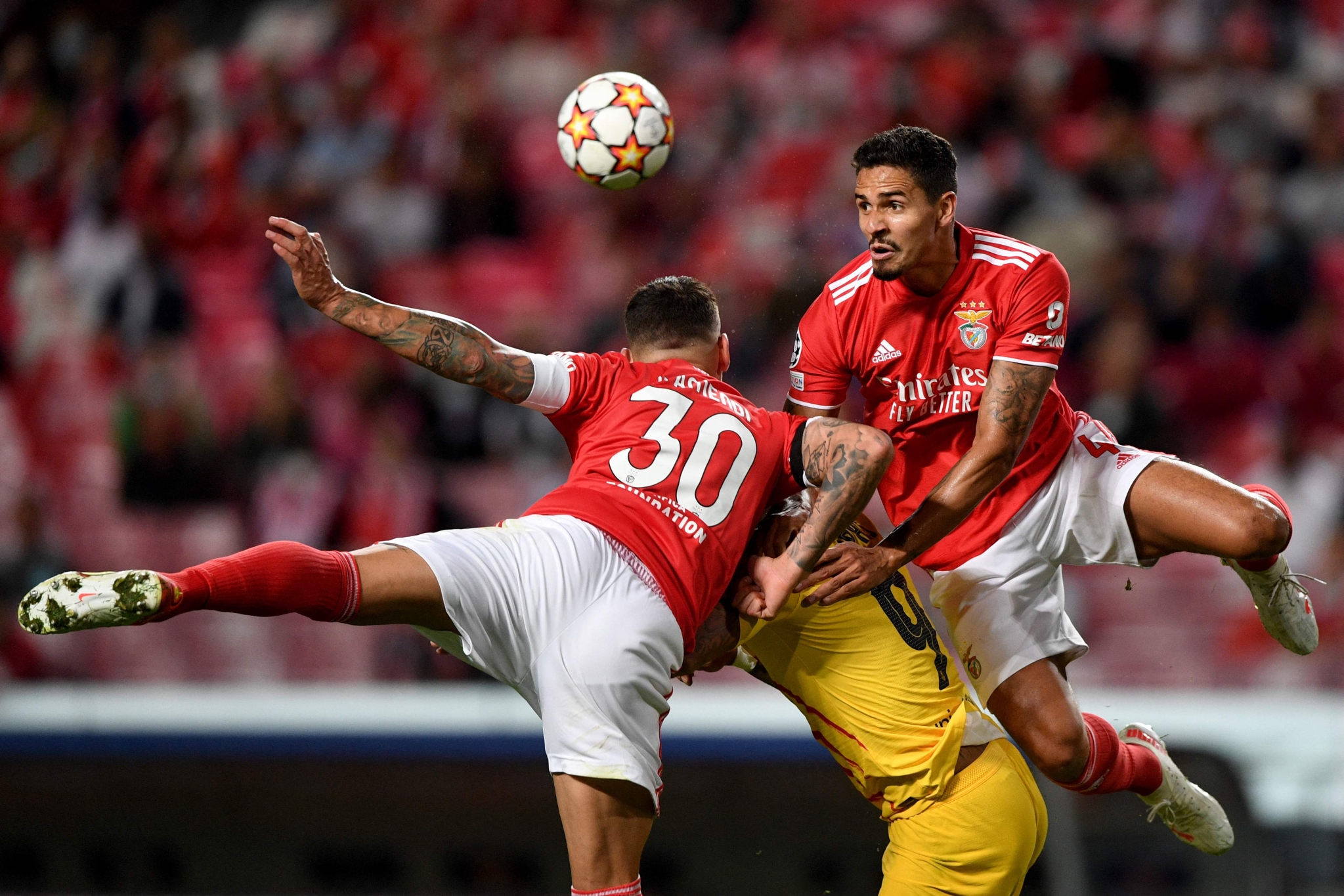 Lisbon: The Portuguese, Benfica side beat Barçelona 3-0, for the first time since the sides' first meeting in the 1961 European Cup final, in the Champions League, at the Estádio do SL Benfica, here on Wednesday.

It was an excellent start for Benfica when Darwin Nuñez fired in before three minutes had elapsed.

The visitors pressed for an equaliser, Luuk de Jong passing up two presentable chances, but always looked vulnerable at the back.

Nunez hit the post before Rafa Silva reacted smartly to steer in the second and Nunez later slotted in from the spot, Barça's woes compounded by Eric García's late red card.

Ronaldo marked his record 178th UEFA Champions League appearance with the late winner, as Manchester United edged out Villareal 2-1 in another keenly contested tie, at the Old Trafford.

The visitors had the better of the first half and David de Gea produced a string of fine saves to deny Arnaut Danjuma, Paco Alcácer and Yeremi Pino, before Alcácer did grab the opener, touching home Danjuma's cross. United soon levelled when Alex Telles v olleyed in Bruno Fernandes' clever free-kick to notch his first goal for the club, but they looked to be heading for a point until Ronaldo pounced deep into added time to secure their first win in the group.

At the Juventus Stadium, Turin Federico Chiesa's goal ten seconds into the second half earned Juventus a hard-fought win over defending champions Chelsea 1-0.

The holders dominated for large swathes in Turin but struggled to fashion chances and always looked susceptible on the break. The electric Chiesa duly struck after the restart, and Federico Bernardeschi squandered a golden chance to add to the scoring on a frustrating night for Chelsea.

It was yet another demoralising loss, as struggling Barcelona faces a grim future in the Champions League.

* Nunez's goal was Benfica's first against Barcelona in 426 minutes, and their first ever against the Spanish side in Lisbon.