Baggy no green signal for patriots 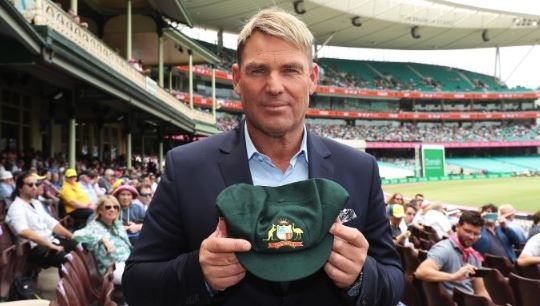 Former Australia cricketer Shane Warne hit out at the country's obsession with the 'Baggy Green' cap and according to him, the iconic cap evokes 'verbal diarrhoea' from its followers. Although Warne launched a scathing attack on this obsession, he stated it doesn't mean he didn't like playing for Australia.

His love for the country isn't limited to a cap, according to the second highest wicket-taker in Test cricket.

"I always believed that you didn't have to wear the Baggy Green cap to say how much you loved playing cricket for Australia," Warne told Triple M radio station as per au.sports.yahoo.com.

"I always felt that if I wore a white floppy hat or wore my Baggy Green cap it meant exactly the same, I was playing for Australia," he added.

Warne also recalled an incident from 2001 when the team was asked to wear the cap while sitting in audience at a Wimbledon final.

"I actually refused, myself and Mark Waugh refused, but some of those other guys, yeah, they wore it.

"Sitting at Wimbledon in your green Baggy Green cap, come on mate, please. That was embarrassing."