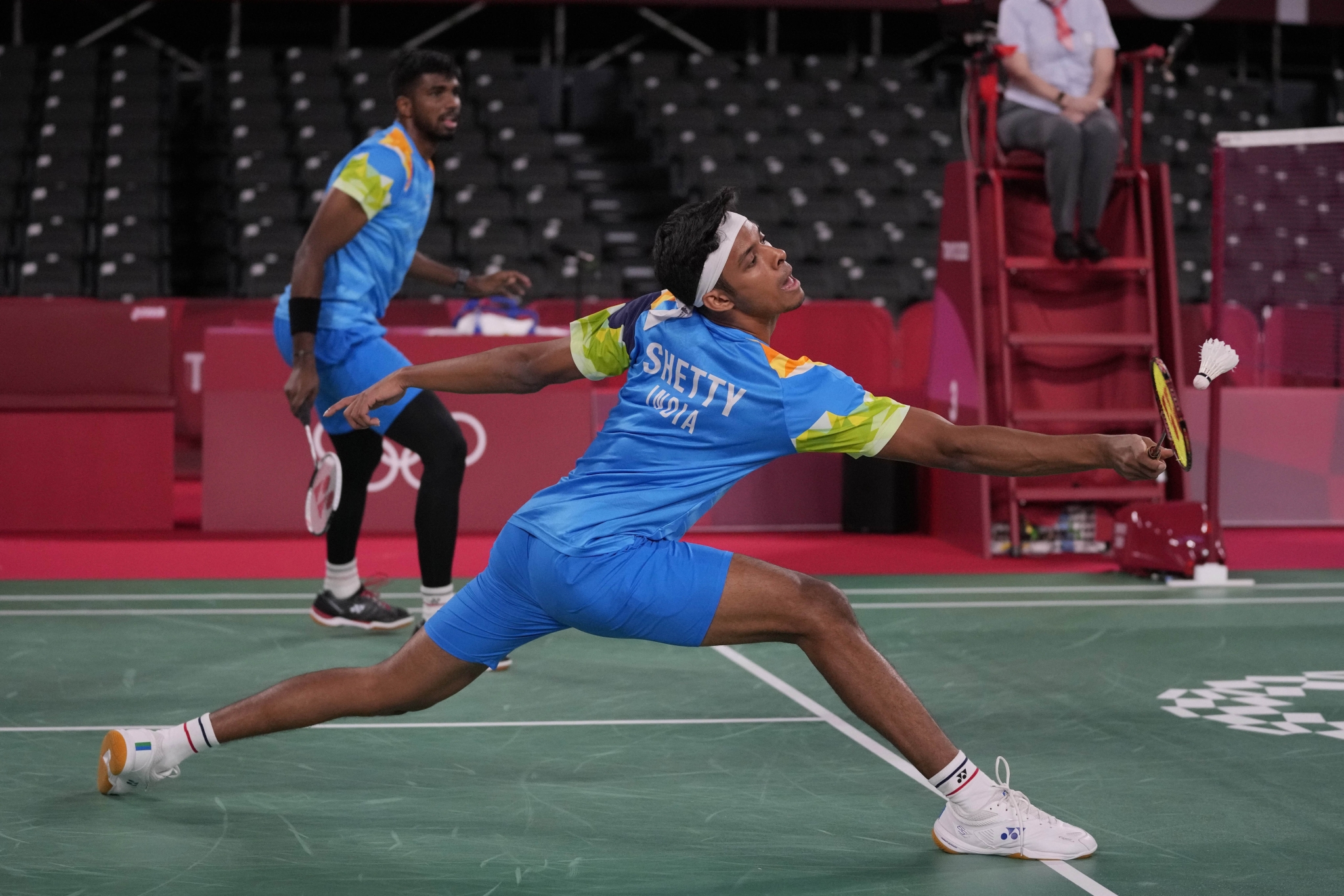 Tokyo, July 24: The Indian men's doubles pair of Satwiksairaj Rankireddy and Chirag Shetty shocked the world no. 3 pair of Yang Lee and Chi-Lin Wang of Chinese Taipei in a thrilling group A match of the Olympics badminton competition where the country experienced disappointment in the singles' event on Saturday.

Chirag and Satwik, the current world no. 10, notched up a stunning 21-16 16-21 27-25 win over third seeds Lee and Wang, who had claimed back-to-back titles at the Yonex Thailand Open, Toyota Thailand Open and BWF World Tour Finals in Thailand earlier this year.

Satwik and Chirag, who have been working under Danish coach Mathias Boe for the last few months, dished out a tactical superior game and held their nerves in the final moments to emerge victorious during the one hour and nine minute contest, which turned out to be an edge-of-the-seat thriller.

The Indians had five match points but the Chinese Taipei pair, the 2018 World championship bronze-medallists, saved all of them before grabbing one themselves but Chirag and Satwik were up to the task and had the last laugh.

Satwik and Chirag will next play Indonesian world no 1s Marcus Fernaldi Gideon and Kevin Sanjaya Sukamuljo on Sunday.

The Indian duo ran-up a 7-2 lead early on, before entering the break at 11-7. Satwik and Chirag continued to move ahead and eventually grabbed the opening game.

In the second game, it was Lee and Wang who converted most of the opportunities but the Indian duo managed to keep breathing down their neck at 8-10. After the interval, the Chinese duo changed gears and soon bounced back into the contest.

In the decider, the Indian pair enjoyed a slender 2-0 lead, which was quickly erased by their rivals. The two pairs moved neck-and-neck from there on till 10-10.

Errors crept in for the Indians as their opponents led 17-14. But Lee and Wang erred at the net and gave the advantage back to India.

Two lucky net chords helped the Chinese pair make it 24-24, before it grabbed a match point. But they failed to convert it before Chirag and Satwik grabbed one when their opponent goofed up at the forecourt.

Earlier, Praneeth jeopardised his qualification to the knockout stage after going down to Zilberman.

"I was under pressure in the first game. It wasn't going my way and I couldn't do anything. In the first game I was dominating initially but then it went away from me. I didn't play 100 per cent, I couldn't think. I need to pick myself up for the next match," he said.

Praneeth, a 2019 World Championship bronze medallist and now ranked 15th, will next face world number 29 Mark Caljouw of the Netherlands.

In the opening game, Praneeth raced to a 8-4 lead early on but soon Zilberman reeled off five straight points to turn the tables as the Indian committed a series of unforced errors.

Praneeth entered the break with a one-point advantage after Zilberman made an error.

He lacked in execution, which allowed Zilberman to lead 15-13. The Israeli shuttler dominated the proceedings to zoom to 19-14 as the Indian miscued a few shots.

Zilberman continued to dictate terms in the rallies as Praneeth trailed 7-11 at the interval of the second game.

Praneeth couldn't match the pace of his opponent, who seemed to be playing at a different level. 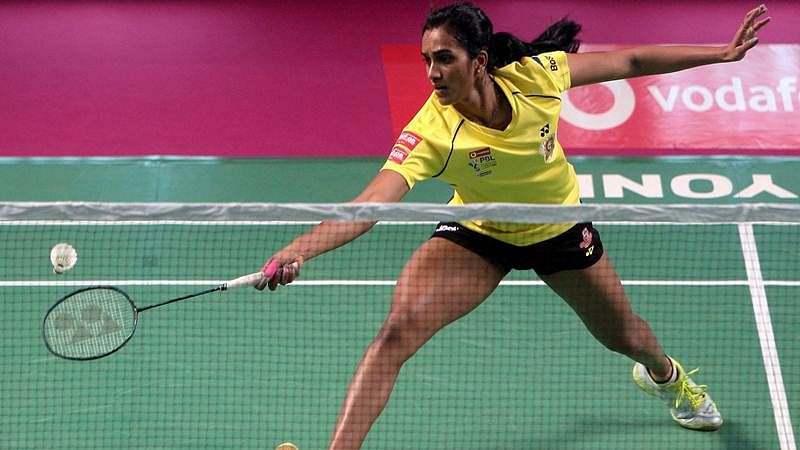