'Back together': Neymar as PSG confirms signing Lionel Messi 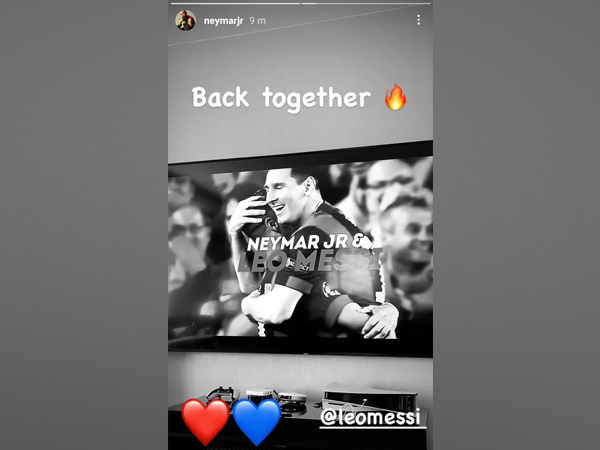 'Back together': Neymar as PSG confirms signing Lionel Messi |

The club confirmed the news on its social media handles on Tuesday. PSG shared a small clip on Twitter in which Eiffel Tower can be seen in the backdrop with six Ballon d'Or placed alongside.

Brazil striker Neymar Jr also posted an Instagram story with Messi on Tuesday and he captioned it as: "Back together".

Neymar and Messi used to be teammates while playing for Barcelona, but the duo parted ways after the Brazilian striker signed with PSG.

Earlier on Tuesday, Messi arrived in Paris ahead of his reported medical with Ligue 1 giants Paris Saint-Germain. The Argentine icon is set to put pen to paper with PSG in a new two-year deal.

Messi had admitted that his signing with PSG remains a possibility, but nothing was certain at the moment.

But now with his arrival in the French capital, the move to PSG is being seen as imminent. Earlier, Goal.com cited L'Equipe, that Messi has agreed on a deal with Paris Saint-Germain. Messi is taking on a new challenge with Ligue 1 team, with a reported two-year contract -- that includes a 12-month extension option beyond that point -- set to be signed at Parc des Princes.

Earlier, Messi was set to extend his stay at FC Barcelona by signing a new five-year deal this summer. However, the club announced on Thursday that "financial and structural obstacles" meant the deal could not be completed, meaning Messi left as a free agent.