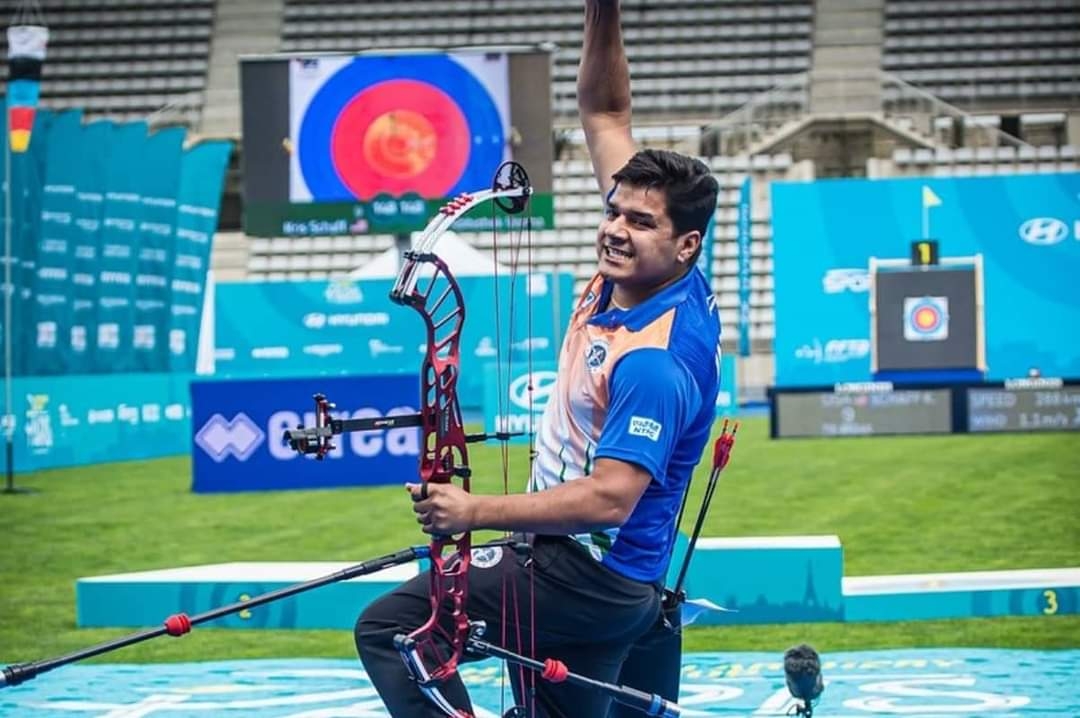 Indian archers came up with good scores to be placed towards the top of the seedings list after the qualification round in both recurve and compound sections of the 22nd Asian Archery Championships in Dhaka, Bangladesh on Sunday. Youth World Champion Ankita Bhakat in recurve and Abhishek Verma -- who had done well in the World Championships in Yankton, USA in September -- were both placed in the top five in Individual Competitions.

In the men's recurve section, Kapil (675) was the best-placed Indian at fifth position. Pravin Jadhav, who made his Olympics debut at Tokyo 2020 in August this year, was sixth with 670. National champion Parth Salunke came in seventh with a score of 670 but hit 31 inner 10s as opposed to Pravin Jadhav's 33. India's Sukhchain Singh was placed 11th.

The Indian team of Kapil, Pravin Jadhav, and Parth Salunke had a total tally of 2015 from 216 arrows and was placed second behind Korea, with a total of 2039. Bangladesh (1996), Kazakhstan (1956) and Iran (1904) completed the top five in the nine-team competition. The Indian team got a bye in the next round and will take on Saudi Arabia in the quarter-finals on Tuesday (November 16).

The Indian combine of Ankita (657), Ridhi (650), and Madhu (657) had a total of 1964, finishing a distant second behind the Korean team that compiled an Asian Record total of 2045. India will take on the winner of the match between Kazakhstan and I\\Vietnam in the quarter-finals.

The Indian archers did well in the compound section too.

In the men's qualification round, Rishabh Yadav, who was third with 708, was the best-placed Indian, finishing ahead of Abhishek Verma, the World Cup gold-medallist, who was placed fourth with a score of 707. Aman Saini and Mohit were placed 13th and 16th, respectively, in qualifying.

Rishabh Yadav, Abhishek Verma, and Aman Saini will compete together in the compound men's team event. They were placed second with a score of 2113, behind Korea who scored a Championship Record score of 2131.

In the women's compound section. world championships silver-medallist Jyothi Vennam was the best Indian, finishing fourth with a total of 701. Parneet Kaur and Priya Gurjar finished with identical scores of 700 but Parneet, on the back of 24 shots in the 10s came in fifth ahead of Priya, who had 19 shots in the 10s and was sixth. India's Muskan Kirar was seventh with a score of 697.

Jyothi, Parneet and Priya will take part in the compound women's team competition. They were seeded second with a total of 2101. The South Korean team of Kim Yun-Hee, Oh Yoo-Hyun, and Song Yun-Soo shot a world record total of 2116 in the qualifying round, improving on the previous record of 2112 set by Colombia in 2019.

The Indian pairs were placed well in the Mixed Team competitions too.