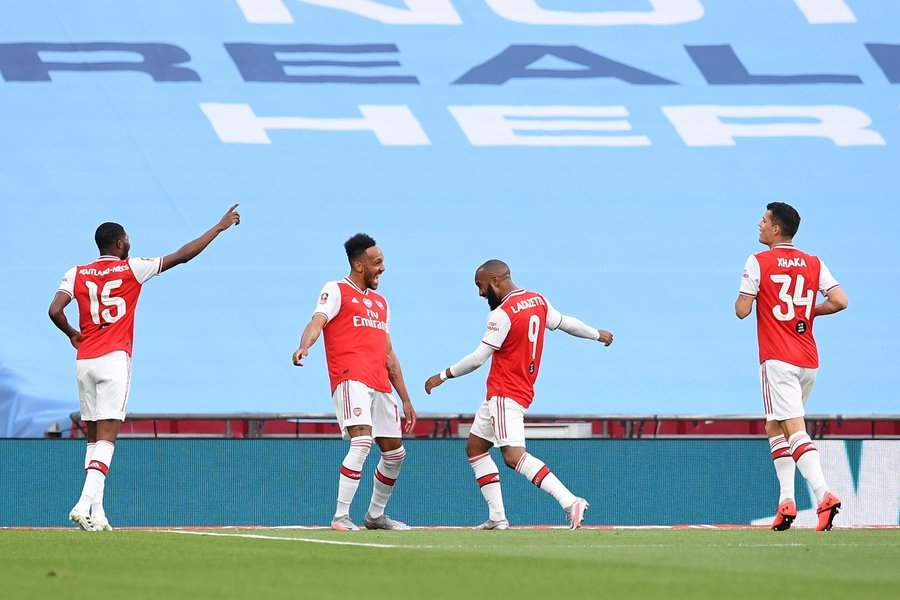 In their semi-final fixture of the FA Cup, Arsenal triumphed over Manchester City in a 2-0 victory at Wembley Stadium on Sunday, thereby booking a spot in the final.

Pierre-Emerick Aubameyang scored in either half of the semi-final as FA Cup holders Man City suffered a first loss at the national stadium in 10 appearances.

Man City assumed the early control, dominating both possession and territory but they failed to take a lead.

Aubameyang's first goal came in the 19th minute and he was ruthless again with his only clear chance of the second half, racing onto a fine through-ball from the Kieran Tierney to finish confidently.

Watch the highlights below:

Arsenal manager Mikel Arteta said he is "really happy" after his club booked a spot in the final of the FA Cup.

In their previous clash, Arsenal had thrashed Premier League champions, Liverpool, by 2-1.

"Yes, we are really happy for what happened in the last four or five days, to beat probably the best two teams in Europe is not an easy thing to do. A lot of credit goes to the players for what they are doing and the performances and the level of fight and decision-making they are showing on the pitch," the club's official website quoted Arteta as saying.

In the second semi-final clash, Manchester United will take on Chelsea on Sunday.