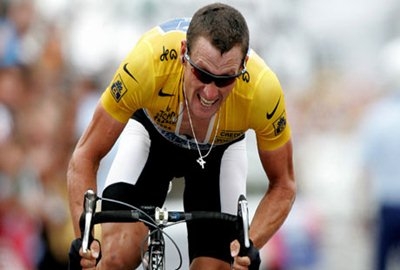 London : Disgraced former US cyclist Lance Armstrong has claimed that he would probably dope again if he were back in 1995. Armstrong is of the opinion that the time is near when he should be forgiven for doping and lying. He was stripped of his record seven Tour de France titles and banned from sport for life by the United States  Anti-Doping Agency (USADA) in August 2012.

The American said that if he was racing in 2015 he wouldn’t dope again because he doesn’t think one has to now, and added that if they take him back to 1995, when doping was completely pervasive, he would probably do it again, the BBC reported. Armstrong had been the subject of doping allegations since he returned from cancer in 1996 to dominate one of the world’s toughest events from 1999 to 2005, but he aggressively denied the claims until USADA’s 200-page ‘reasoned decision’, including 1,000 additional pages of evidence, was released in October 2012.

Armstrong finally confessed to doping in a two-part interview with a US talk-show host in January, 2013. He was forced to step away from the cancer charity he had founded and has since kept his counsel. Armstrong admitted that the fallout from his confession had been heavy, tough, trying and required patience. He said that his life had thinned out and slowed from 100 miles-per-hour to 10, but added that he would like to return to 50, 55.  Armstrong also insisted that he would selfishly say that the world was ready to accept his return to public life, but added that that is him, and his word doesn’t matter anymore. He claimed that what matters is what people collectively think, whether that’s the cycling community, the cancer community.

He also revealed that when he made the decision to cheat in 1995, when his team made that decision, when the whole peloton made that decision, it was a bad decision and imperfect time.  But, Armstrong insisted that it happened,  adding that he knows what happened because of that. He said that he knows what happened to the sport, and claimed that he saw its growth.