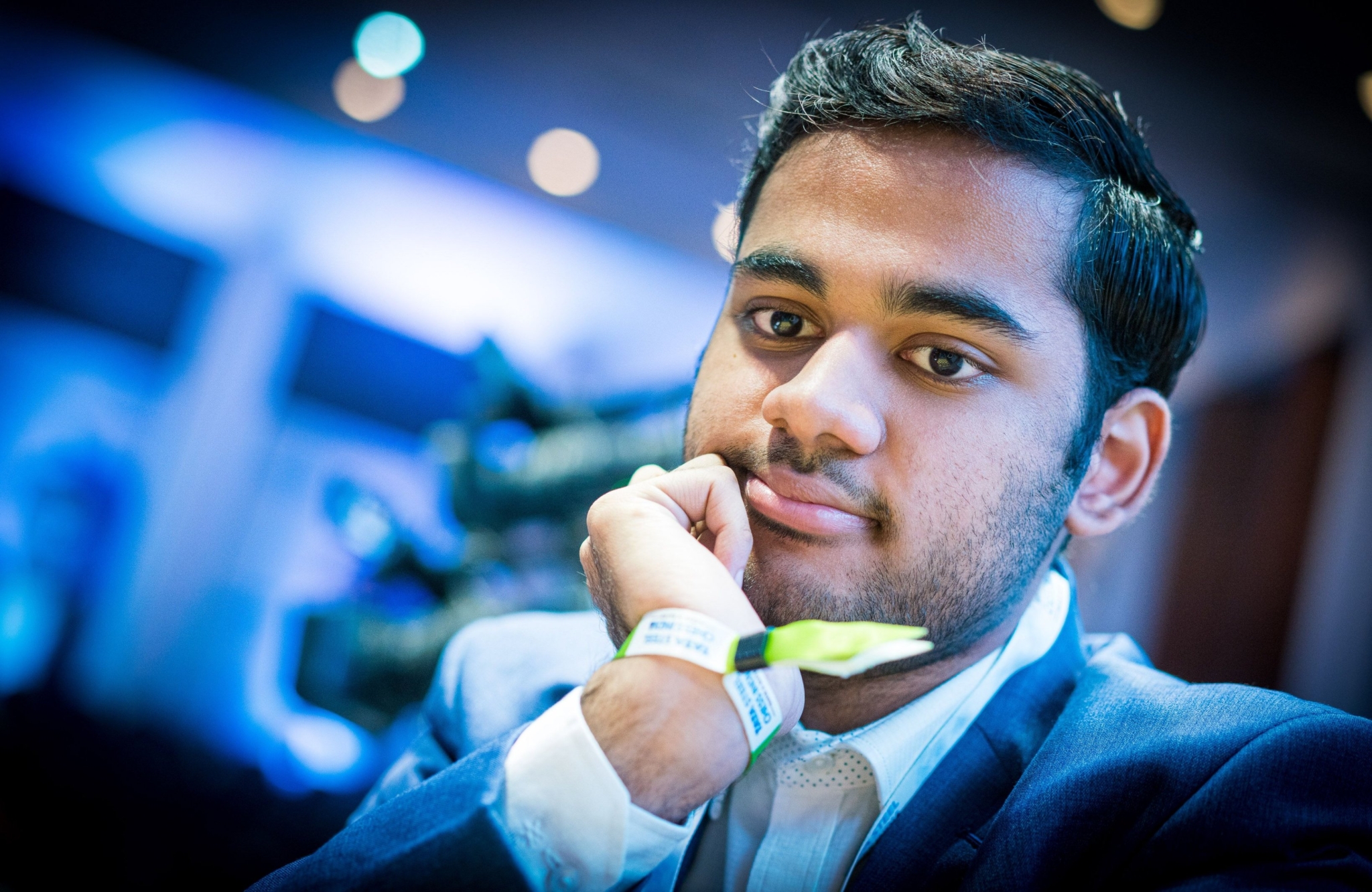 Indian teenager Arjun Erigaisi held off a strong challenge from world number four Levon Aronian in the final round to clinch the Tata Steel Chess India's rapid title in Kolkata on Friday.

Arjun will now replace Adhiban Baskaran in the Blitz category.

Heading into the final round with a one-point advantage, Arjun had to overcome the final hurdle -- arguably his toughest challenge in top-seed Aronian.

After the customary fist bump, things got underway as Arjun stuck with his pet opening, The Petroff, in response to Aronian's 1. e4 as he needed a draw to seal the issue.

But a well-prepared Aronian played out the initial moves quite quickly and on move 16, the Armenian No 1 cashed in on an opportunity to win a pawn, putting Arjun in a spot of bother.

As the game progressed, the one-time World Cup winner tightened the screws on the 18-year-old Indian and created a passed pawn on the central file.

It looked like the game was slipping away from the Indian but he kept defending tenaciously from an inferior position.

In a dramatic turnaround, the youngster found a series of moves with unreal precision under extreme pressure to seal a draw and retained his place atop the standings.

With a podium finish in sight, Murali Karthikeyan went all out, unleashing the King's Indian Defense against R Praggnanandhaa.

It was an extremely hard fought battle as both players brought in their A-game.

The two-time National champion managed to tick all boxes playing the King's Indian bringing all his pieces into the game.

On the other hand, young Pragg was solid and responded well.

Soon, the match entered an endgame with a slight edge for Murali but the game finally ended in a draw on move 73.