Teenage sensation, Amanda Anisimova delivered an impressive display which brought an end to the title defence campaign of world No.3 Simona Halep in the Roland-Garros quarter-finals.
FPJ Bureau 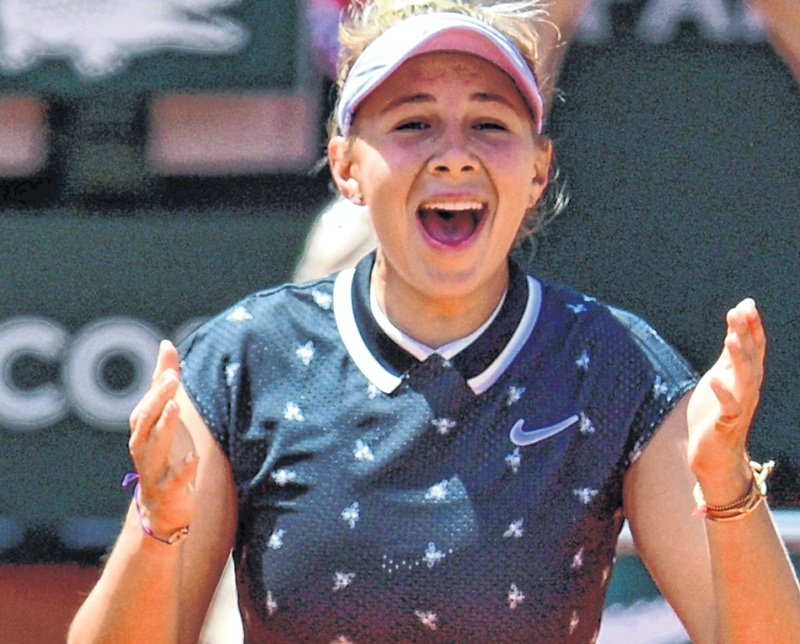 Paris: Teenage sensation, Amanda Anisimova delivered an impressive display which brought an end to the title defence campaign of world No.3 Simona Halep in the Roland-Garros quarter-finals. American, who is the first player, male or female, born in the 2000s to reach a Grand Slam quarter-final, took 68 minutes to dispatch last year's champion Halep 6-2, 6-4, here on Thursday. The 17-year-old Anisimova, making just her second Roland-Garros main draw appearance will take on Ashleigh Barty in the last four.

With 19-year-old Marketa Vondrousova also in the Roland-Garros semi-finals, this is the first time two teenagers have made it into the last four at a Grand Slam since the 2009 US Open (Caroline Wozniacki R-Up at 19), Yanina Wickmayer SF at 19). Eighth-seeded Australian Ashleigh Barty reached the first Grand Slam semi-final of her career with a 6-3, 7-5 win over No.14 seed Madison Keys on Thursday. In a quarter-final showdown postponed from the previous day due to rain washing out play, Barty was broken while serving for the match at 5-4, but Keys' comeback was short-lived as the 23-year-old Australian took the next two games to secure a spot in the final four.

Barty is the first Australian woman to make a Grand Slam semi-final since Samantha Stosur in 2016. With Simona Halep losing to Amanda Anisimova almost simultaneously on Court Philippe-Chatrier, Barty is guaranteed to make her top-five debut when the new rankings are released after the tournament. She would be the first Australian woman to do so since Stosur in August 2012.

Novak Djokovic reached his ninth Roland Garros semi-final Thursday, sweeping past Alexander Zverev to keep his bid to become just the second man to hold all four Slams at the same time twice firmly on track. Top seed and world number one Djokovic won 7-5, 6-2, 6-2 and will face Austrian fourth seed Dominic Thiem on Friday in what will be his 35th Grand Slam semi-final. Thiem reached the semi-finals for a fourth successive year with a 6-2, 6-4, 6-2 victory against Russian 10th seed Karen Khachanov.