'Am I having a bad dream': Fans fume after CSK drops Suresh Raina from playing XI against DC in Qualifier 1 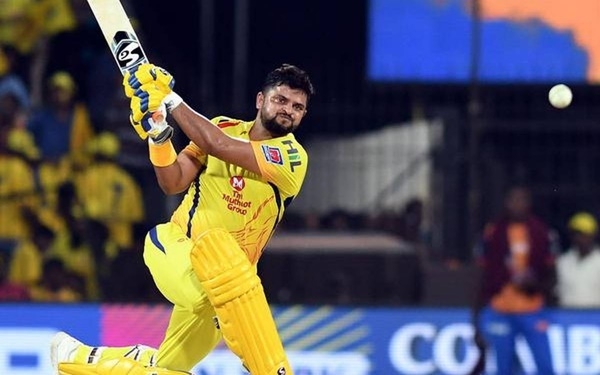 However, to fans' disappointment, CSK didn't include Suresh Raina in the line-up as they decided to carry on with an unchanged playing XI.

Raina, who has been struggling with poor form in the UAE leg, last played against Rajasthan Royals and scored just 3 runs off 5 deliveries. Since then, he has been benched and this is the third game in a row that he missed out.

With 10 wins from 14 matches, DC finished as the top-placed side. On the other hand, CSK registered 9 wins from 14 matches to finish at the 2nd spot. The winning team of today's tie will qualify for the final while the losing team will have one more go for a place in the summit clash.

The reason behind Raina’s non-selection is yet unknown but Chennai fans are certainly way disappointed which is pretty evident on social media. The Twitterati are not pleased to digest the fact that the champion team CSK has benched Raina in the knockout stages, in today’s all-important clash.

Here are the reactions:

Why no raina in today's match, raina is still better than robin#noraina

If thala is not able to contributing and still he leading the team then why not Raina........this is massive blow and insult from CSK manegement....
I am csk fan and today💔#noraina

#noRaina Not watching the match without Raina ! #Raina

It is hurting more than anything. Last year he was not played due to some issues and now the team is not giving him chances. Ok he is not in good form in recent matches but he got more experience in playing playoffs. #noraina#CSKvsDC 'Proud to be part of this amazing setup': Jasprit Bumrah takes to Twitter after Mumbai Indians...