All is not lost, says Dalmiya after SC’s stern observations 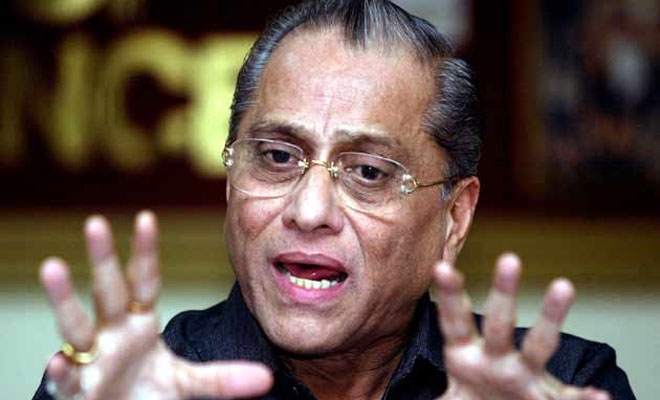 Paradise is not lost. If we can get together, we can bring back the glory of the IPL Jagmohan Dalmiya Former BCCI chief

“Paradise is not lost. If we can get together, we can bring back the glory of the IPL. We have to abide by the Supreme Court,” the CAB president said.”With the BCCI prestige at stake I hence forth appeal to all concerned to come forward together for the cause of Indian cricket and follow the clean-up process that the Supreme Court has so forcefully insisted upon.”

The Supreme Court has suggested several proposals to the BCCI to clean up the game, including stepping down of board president N Srinivasan from his post. “I feel it is not too late to act upon every measure that I’ve suggested with the proper approach. It is indeed the time to transform the recommendation and measures into actions immediately without any proper delay for a cleaner cricket and cleaner IPL. Why go to an extent that an action has to be explained?” he asked.

Srinivasan had stepped aside in June 2013 after his son-in-law Gurunath Meiyappan’s name had cropped up in the fixing scandal, which had led to ban on paceman S Sreesanth and his two other Rajasthan Royals teammates.
In his absence, Dalmiya had discharged the duties of the president as interim chief and had suggested a 12-point clean-up programme to revive IPL’s image.

Referring to the 12 points of ‘Operation Clean Up’, Dalmiya said: “You are well aware that I’ve already stated in the past that the game of cricket needs to be cleaned thoroughly. I had suggested a series of measures required to clean the game. I’m confident that if those proposals are adhered to the brand image of IPL can be restored.”
Dalmiya said he’s yet to receive any call about emergent BCCI meeting but he welcomed the idea.Refusing to elaborate on the Apex Court’s observations, Dalmiya said the matter was ‘sub judice’.PTI