All-clear given after bomb threat at FIFA congress 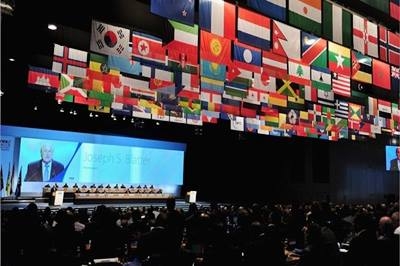 Zurich: The FIFA congress resumed today after the all-clear was given following a bomb alert at the venue where world football’s governing body will vote on whether to retain Sepp Blatter as president. Zurich police spokeswoman Brigitte Vogt confirmed to AFP that a bomb alert had been received at Zurich’s Hallen Stadium. The bomb alert had been called in to a media outlet Friday morning against the FIFA event, Zurich police said in a statement.

Police and FIFA security searched the congress room, but the all-clear was soon given, confirmed FIFA’s general secretary Jerome Valcke. “An anonymous threat was received against FIFA and after an evaluation, the premises were searched and the all-clear has been given,” said Valcke. The bomb alert reportedly landed around 11:00 am (0900 GMT). FIFA was rocked on Wednesday by the arrest of seven officials in a dawn raid on their Zurich hotel. They now face extradition to the United States where they are accused of accepting tens of millions of dollars. All 209 association members of football’s governing-body will vote later on whether Blatter will serve a fifth term as FIFA president.