Aim is to earn spot in team: Raj Kumar Pal

Chief coach Graham Reid had entrusted Raj Kumar with the task of standing up to the Belgian defence and the attacking midfielder did not let this opportunity go as he impressed with a number of moves to surge forward coupled with fiesty tackle.
IANS 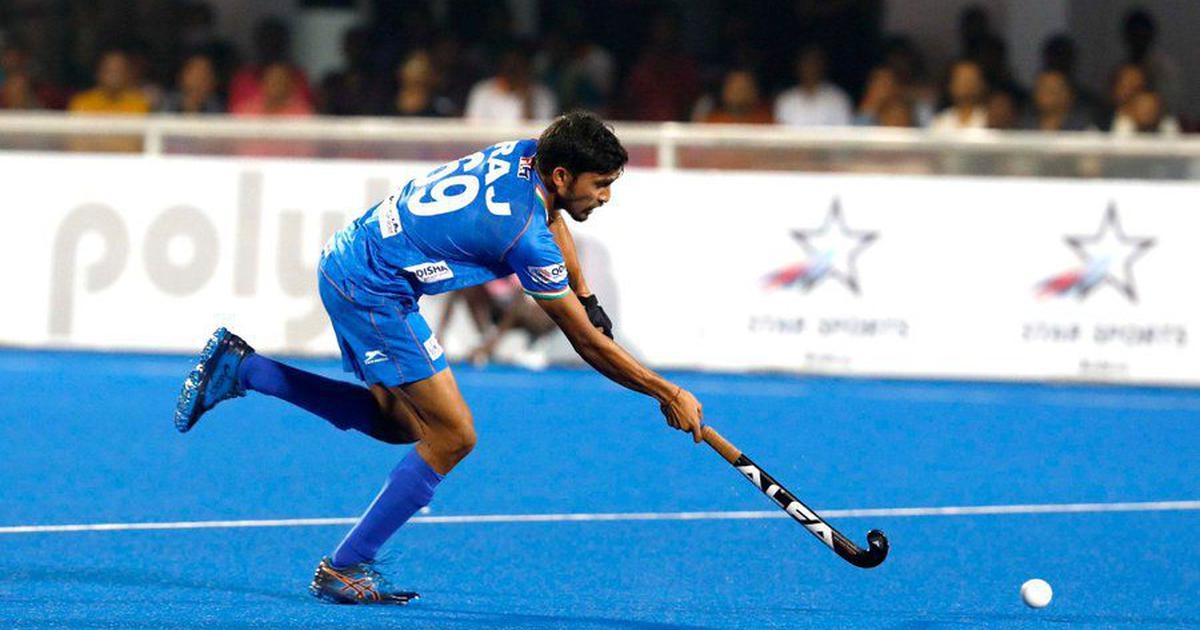 When Uttar Pradesh lad Raj Kumar Pal made his India debut against World Champions Belgium during the FIH Hockey Pro League in February, the confidence he exuded and intensity with which he played was on par with his experienced teammates.

At no point in the 60-minute game did he look like a newcomer in the team. Chief coach Graham Reid had entrusted Raj Kumar with the task of standing up to the Belgian defence and the attacking midfielder did not let this opportunity go as he impressed with a number of moves to surge forward coupled with fiesty tackle, creating opportunities to score.

"My focus was on executing the role that coach had entrusted me with. Playing against the world champions in my first international match was the biggest moment of my life and I wanted to ensure I lived up to the expectations," stated the 21-year-old.

Born in Karampur village in Ghazipur district of Uttar Pradesh, Raj Kumar burst on to the domestic scene during an U-14 tournament in Lucknow in 2010.

A prodigy of coach Tej Bahadur Singh in Meghbaran Stadium where he began playing hockey alongside his two elder brothers at the age of 10, he was part of the SAI Sports Hostel, Lucknow when he was spotted by Hockey India High Performance Director David John during the National Championships in 2018.

"I was called for the national camp for the first time in 2018 but it took me a while to get used to the training techniques and game sense. I used to feel a lot of pressure initially because the hockey we played back home was very different from what the senior team played.

"But I was constantly encouraged by Lalit bhai (Upadhyay, India forward also from Uttar Pradesh) who made me understand that it was important to stick to 'simple hockey' and not feel pressured," recalled Raj Kumar, who is the first from his village to don the Indian jersey.

After he impressed again during the previous edition of the National Championships in 2019, Raj Kumar was called for the national camp in Bhubaneswar last year.

"Since then, I have constantly been with the team. Reid is very patient and explains to me what exactly I need to focus on and how I need to cope with the demands of hockey at this level. Though I did have awareness about the fitness required at this level, understanding small things like not to hold the ball too long and general tactical awareness is something I had to work on."

"Seniors in the team are also very encouraging and don't make me feel like a newcomer, which has helped me tremendously," explained Raj Kumar.