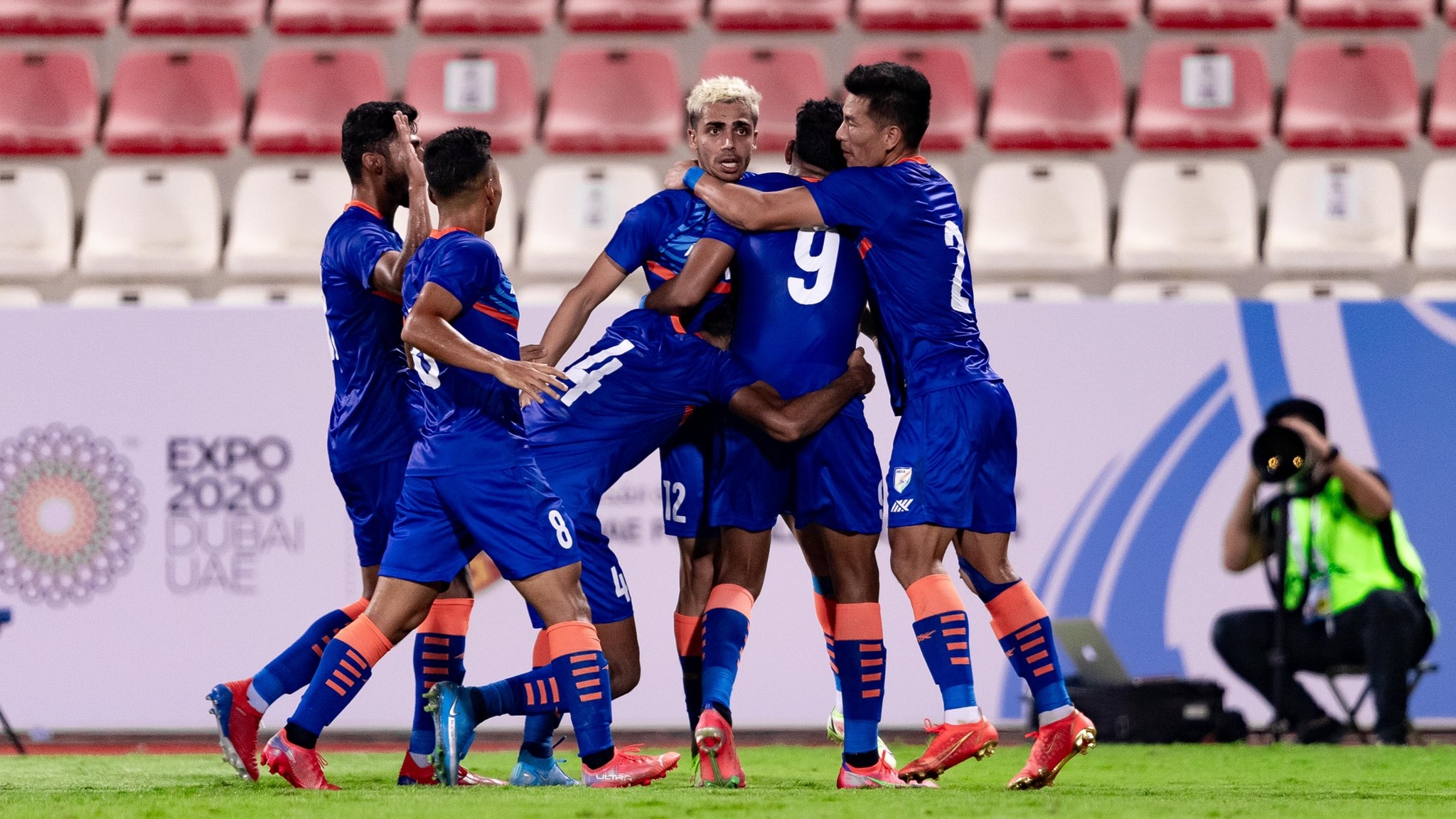 India suffered a heart-breaking lone-goal defeat against the United Arab Emirates (UAE) in their second match of the AFC U-23 Championship Qualifiers here.

India were unlucky to concede an 82nd-minute penalty and Abdulla Idrees converted it to seal victory for the hosts. The other Group E match also ended similarly, Oman getting the better of Kyrgyz Republic thanks to a late penalty.

India coach Igor Stimac made only one change to the team that got a 2-1 win against Oman in their previous game, having brought in Lalengmawia at the expense of Aniket Jadhav to make the midfield more compact against UAE. The hosts had gone 1-2 down against the Kyrgyz Republic in their first outing of the qualifying campaign, three days back.

Both the teams started with a safety-first approach before Rahim Ali squeezed in to make room for himself in the six-yard-box, but before he could connect to the long throw-in by Asish, UAE goalkeeper Suhail Abdulla Almutawa collected the ball calmly.

Before the clock struck the half-hour mark, India launched back-to-back attacks but the opponents dealt with them to cut the scorer out of the equation.

Suresh, who led the team for the second match in a row, lobbed a ball to Rahul KP, but Abdulla Idrees managed to clear it. Vikram Partap tried to get a shot off on the rebound, but Saeed Sulaiman blocked his attempt.

Rahul got himself onto the end of a cross from the right by Asish and tapped it in past the keeper, but his celebrations were cut short after referee Fu Ming adjudged Rahim Ali, who had allegedly touched to the ball on the way, to be off-side. With that, the two teams headed went into half-time level 0-0.

The hosts, who were tottering at the bottom of the table, re-joined with more vigour and they took only four minutes to launch their first attack in the second half.

Marwan Fahad leapt above others to convert a long throw-in from Abbas but Dheeraj came to the rescue act once again in the 49th minute.

Abdullah Sultan Alblooshi could have made his presence count with his first contribution after coming off the bench but the substitute's header missed the target by an inch or two to leave the Indian defenders much relieved in the 60th minute.

As Al Saleh got blocked by Dheeraj, UAE shouted for a penalty but the referee didn't pay any attention to the appeal. Sultan took a steering header to the farthest post but missed the target.

The hosts kept on pushing the Indian defenders vigorously in search of the opening goal. Seven minutes later, Majid Rashid, the center-forward, tried his luck from an acute angle but Dheeraj thwarted his effort. Their frustration increased further as Dheeraj made a spectacular finger-tip save in the 75th minute.

As UAE were mounting more pressure on the Indian defenders, Stimac introduced Sumit Rathi, Amarjit Singh, and Princeton Rebello into the fray.

Ten minutes to the end of the regulation time, the hosts earned a penalty as Suresh brought Ali Saleh down inside the box. Defender Abdulla Idrees broke the deadlock from the spot-kick to hand UAE a crucial lead in the 82nd minute.

Suresh looked for the perfect atonement three minutes later as he picked up a stray ball on the edge of the opposition area, but his shot from outside the box went over the cross-bar. Stimac threw in Rohit Danu and Aniket Jadhav towards the end but the UAE defenders held their nerves to leave the ground with all three points.

Following the second match day, all the four teams are locked on three points each, with identical goal differences. The group topper will qualify for the finals in Uzbekistan next year, whereas the four best runner-up nations will also join them. Hosts UAE will lock horns with Oman before India face-off with the Kyrgyz Republic at the same venue on Saturday