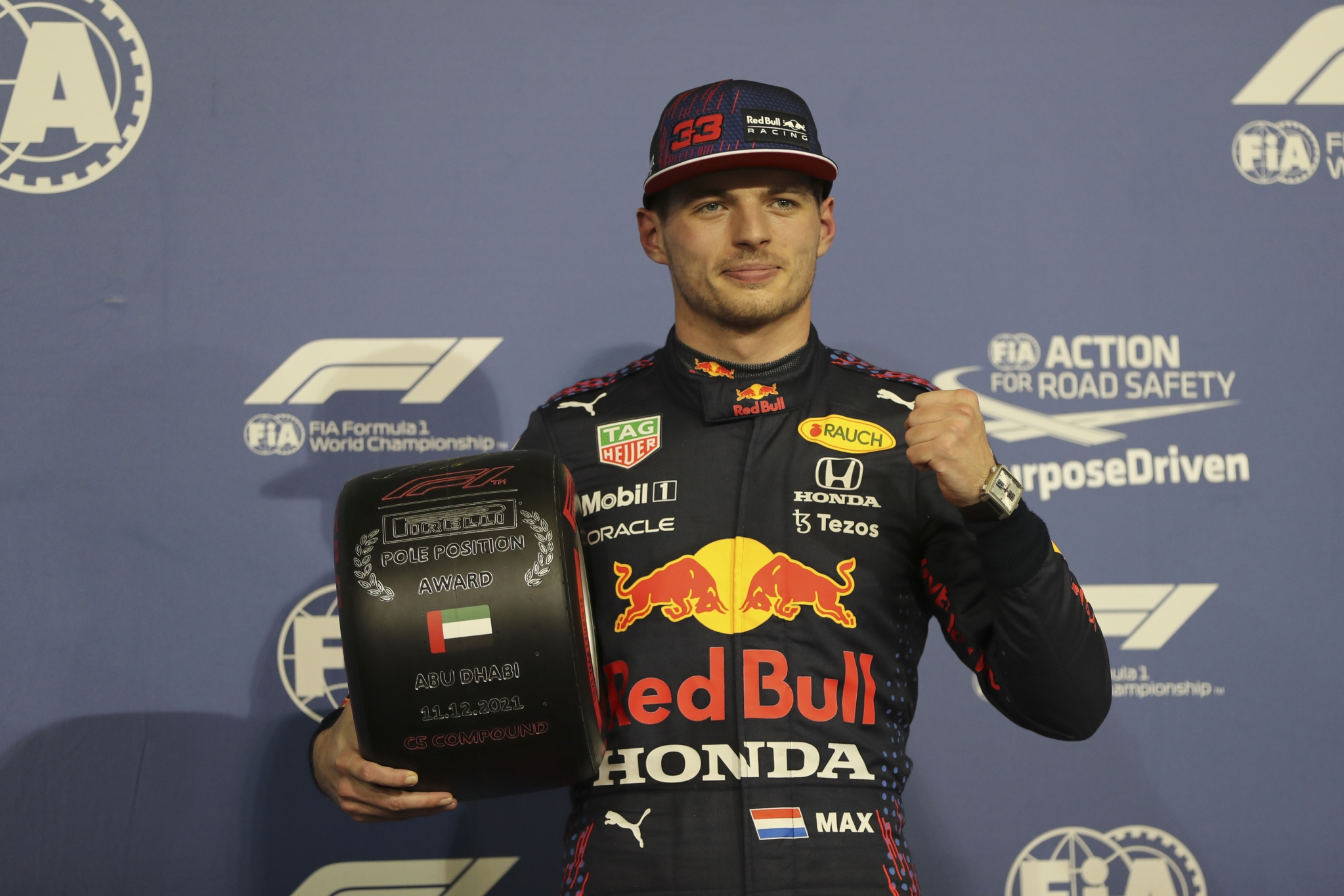 Max Verstappen took a crushing pole position on Saturday - with the help of a tow from Red Bull teammate Sergio Perez - to seize the advantage over rival Lewis Hamilton for the title-deciding Abu Dhabi Grand Prix.

The Dutchman clocked a brilliant 1m22.109s on his first run to take a 10th pole position of the season, with Hamilton 0.371s off the pace to end up second with Lando Norris a surprise third place.

Red Bull sent Perez out on track first in Q3, ahead of Verstappen, with the Mexican towing Verstappen down the long straight before bailing out of the way before Turn 9 and sacrificing his own lap.

Verstappen made the most of the boost to slot into the provisional pole, with Hamilton locking up at the hairpin and ending up nearly half a second adrift.

Mercedes sent their cars out first for the second run, but with Hamilton ahead of Bottas as they turned down the opportunity to try a tow. Hamilton improved, but he was behind in all three sectors and instead will start on the dirty side of the front row alongside his title rival in P2.

However, like his team mate Bottas, Hamilton will start on the more durable medium tyre that should allow him to run deeper into the race before stopping. The Red Bulls, however, will start on the soft tyres, Verstappen moving to that rubber after he flat-spotted his medium tyres in Q2.

Perez will start fourth, ahead of a very quick Carlos Sainz, who appeared to have made big gains after a difficult Friday, with Bottas down in sixth in his final Grand Prix for Mercedes ahead of a move to Alfa Romeo.

Charles Leclerc was seventh, ahead of Yuki Tsunoda - who could have been higher, having sat third before having his lap deleted for track limits - with Esteban Ocon and Daniel Ricciardo completing the top 10.