'A big letdown for Indian football': Gokulam Kerala FC chief on club being told to exit AFC Women's Club Championships due to FIFA ban on AIFF

Gokulam Kerala Football Club President, VC Praveen expressed disappointment after their team was ordered to return home on Monday from Uzbekistan following its removal from the AFC Women's Club Championships due to FIFA’s ban on India.

The 23-member team, led by India captain Ashalata Devi, were left stranded in Tashkent for six days since arriving at the Uzbekistan capital on August 16, the day the news of the ban imposed on the AIFF by FIFA reached India.

Gokulam, the Indian Women's League champions, were to play against home side Sogdiana-W in Qarshi on August 23 and against Bam Khatoon FC of Iran in its next round-robin match on August 26.

"It’s a big letdown for Indian football," said Praveen in an exclusive chat with the Free Press Journal. “It is a very hurried way of FIFA-AFC acting. They should have waited for a week and with AIFF elections round the corner, there was no urgency to take the decision after keeping quiet for all these years. Now, it looks like FIFA was never interested in putting our house in order,” he added.

Earlier, the Indian sports ministry reached out to both FIFA and AFC to allow Indian club sides, Gokulam Kerala FC and ATK Mohun Bagan, to compete in the tournaments as scheduled.

Before the FIFA suspension of AIFF was announced, Gokulam Kerala FC had already reached Uzbekistan.

Praveen felt the ban was uncalled for or AFC should have allowed his club to take part in the championships as the players had left for the tournament before the suspension came into effect.

“This has been going for almost a week now and FIFA and AFC surely must have looked in the calendar as to which tournaments are taking place and if Indian teams are playing. So it was uncalled for mostly to provoke and give a threat to the Indian government and CoA in general saying, ‘If you interfere in our business, we will take action’ ” he said.

The owner of the Kerala-based club felt its the clubs and the players who are suffering in the crossfire between FIFA and AIFF. 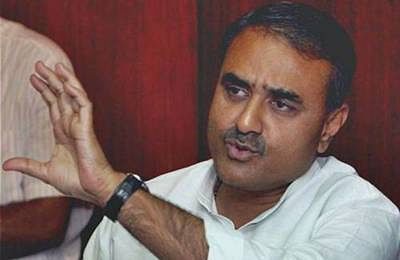