Sri Krishna: The master and his message 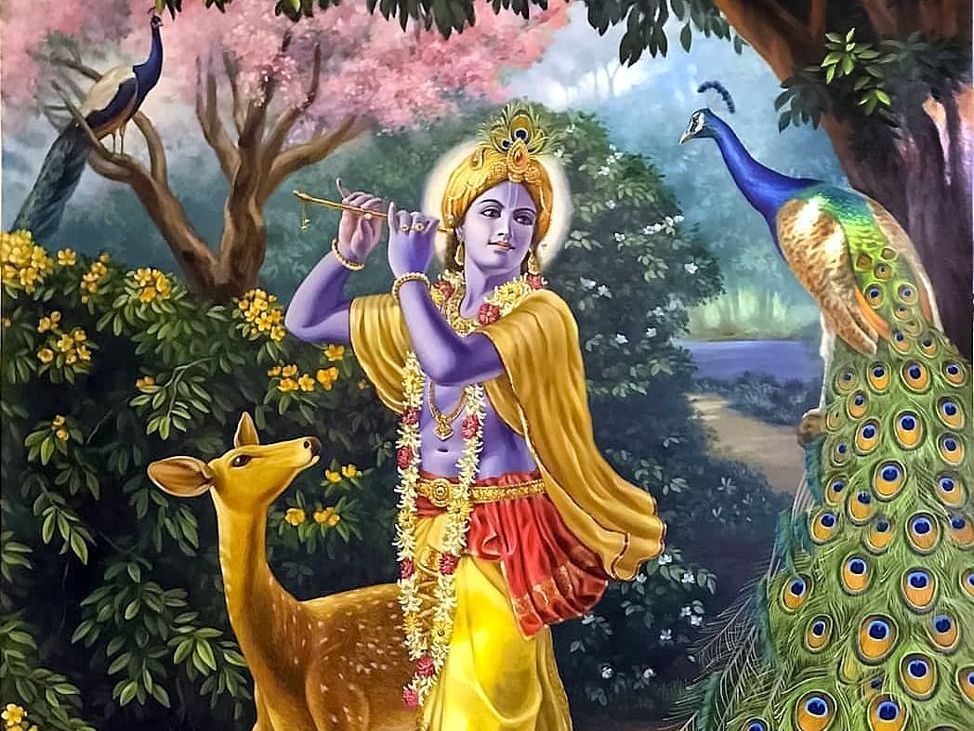 He came here upon this earth long ago! Tradition tells us that Sri Krishna came here 5000 years ago. He came with bewitching beauty. He came with the matchless music of His magical flute. And, even as He played upon the flute, so our puranas tell us, the very winds thrilled, the trees swayed, the rivers resonated, the buzzing bees and the cooing koel stopped to listen, and the stars and moon stood still, and many hearts were hushed as divine melody poured forth from the flute!

Born on a dark and rainy night when His parents were incarcerated in the dungeon of a tyrant, He had two mothers who doted upon Him – Devki who gave birth to Him, and Yashoda who had the privilege of bringing Him up. He grew up in the salubrious environs of Brindaban, on the banks of the blessed Jamuna river. Out in the open He lived; He felt close to nature; He tended the cows, and consorted with the simple and innocent gwalas of Govardhan. He listened to the mystic voice of nature – and He heard too, the voice of the inner realm of the spirit. In due course, this cowherd, this mystic flute player, became the greatest teacher of men, the Master of spiritual wisdom. And those who heard Him speak, exclaimed: “Never has man spoken as He!”

On the battlefield of Kurukshetra, in the midst of ranged armies ready for battle, He gave utterance to that great wisdom which the centuries have revered as the Bhagavad Gita. Since then, kingdoms have come and gone; empires have been built and crumbled to their fall; civilisations have been born, and like bubbles floating on the surface of a stream, civilisations have burst – but the Gita lives on.