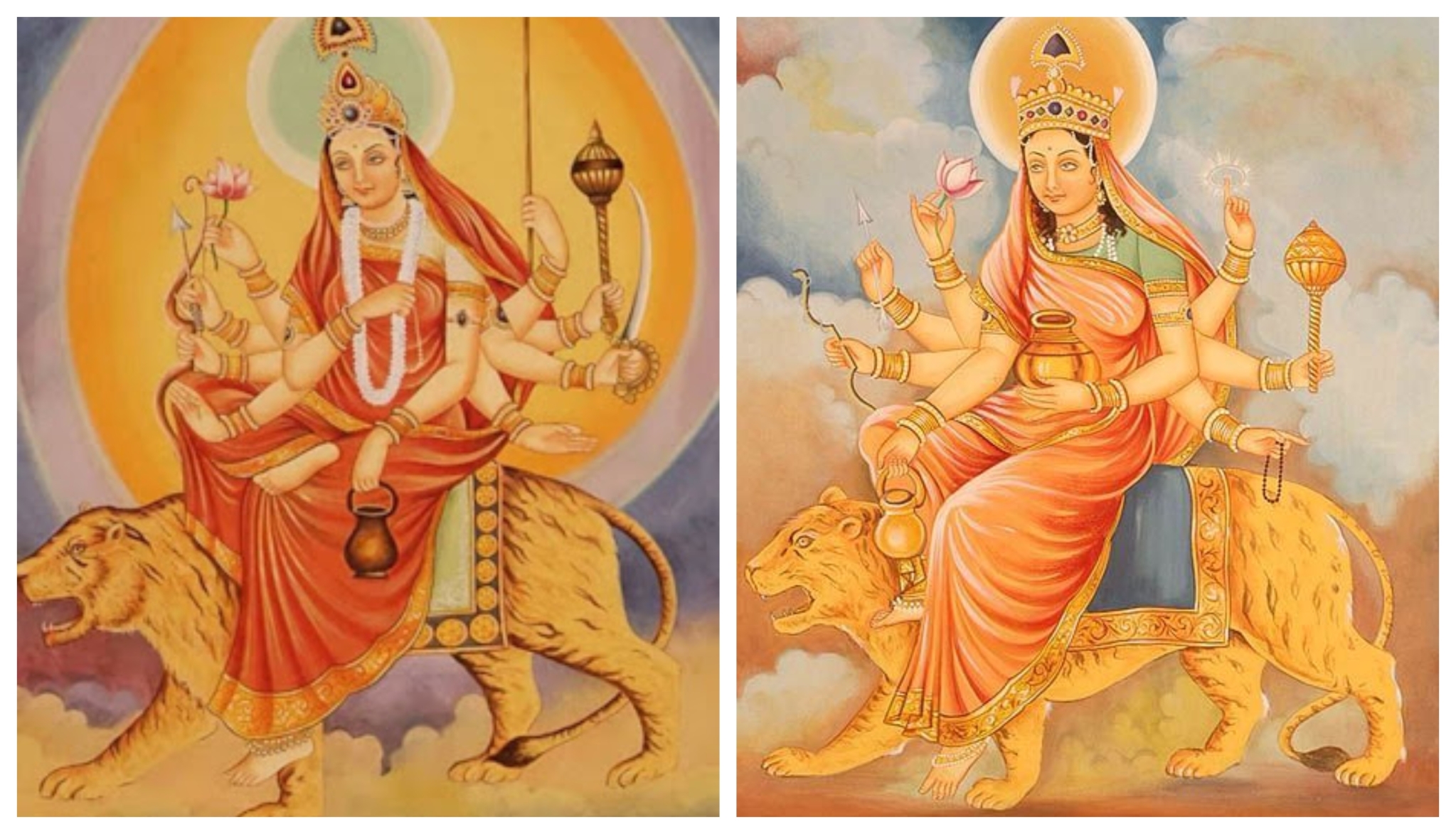 This year, instead of one, two avatars of Nav Durgas will be worshipped on the third day of Shardiya Navratri. And they are Goddess Chandraghanta and Kushmanda. According to the Drikpanchang, the third and the fourth day of Shardiya Navratri will be observed on October 9, which is today. Today, since both Tithis – Tritiya (which began on October 8 and will continue till October 9 – 7: 48 AM) and Chaturthi Tithi are falling on the same day, the devotees of Shakti will be worshipping two forms of Durga at different timings.

Goddess Chandraghanta, who signifies spiritualism and internal power, is also known as Chandrakhanda, Chandika or Rannchandi. The goddess with ten arms who holds divine shastras in her hands is none other than Goddess Parvati — The better half of Lord Shiva. If we talk about the meaning of her name, it means the one who has a ‘half-moon shaped like a bell’. It is believed that Lord Shiva adorned Maa Parvati’s forehead with Chandra (Moon) made from Chandan (Sandalwood). Also, she holds a big bell in her hand; hence she earned the name Chandraghanta.

On Tritiya Tithi of Shardiya Navratri, the devotees can purify the Goddess with holy Gangajal or Gaumutr. Chandraghanta Puja is performed on the Navratri Tritiya Tithi. Bathe the goddess with Gangajal or Gaumutr. Apply haldi-kumkum, offer akshat (rice), flowers, fruits etc. Offer her sweets made of milk products as bhog and after performing aarti, distribute it as prasad.

By worshipping Maa Chandraghanta, one can get rid of all obstacles. And by her divine grace, a fellow devotee can be blessed with name, fame and power. 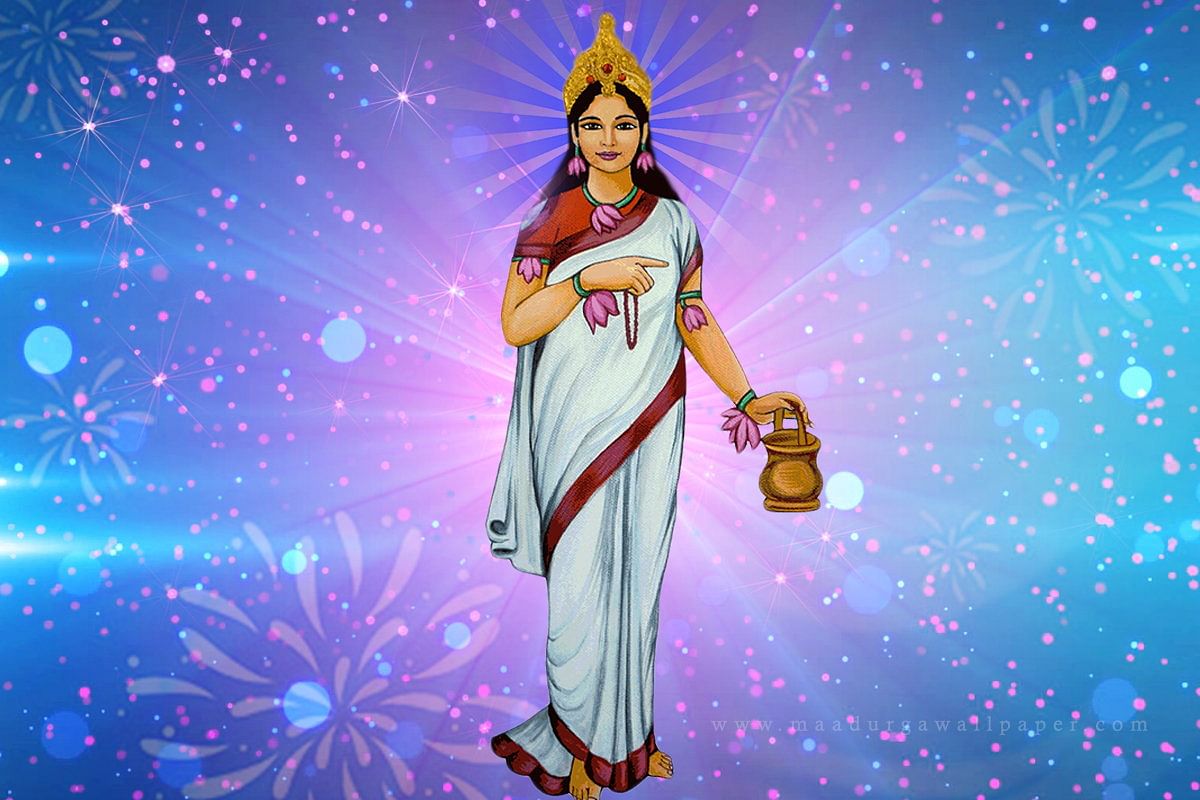 Coming to the fourth form of Nav Durga, Goddess Kushmanda is the second avatar who will be worshipped today after Chandraghanta. If we decode the meaning of the fourth avatar of Durga, it goes like this, Ku = Little, Ushma = Energy and Anda = Cosmic egg; these are the three things that Kushmanda symbolises. The cosmic egg here represents the whole universe, and it is believed that Maa Kushmanda is the one who eliminated darkness with her divine smile.

The goddess with eight hands, hence called Ashtabhuja, who rides a mighty lion. She can be seen holding a kamandal, dhanush and baan (bow and arrow), trishul (trident), chakra (discus), amrit kalash — a jar of nectar, and a jap mala (prayer beads) in her hands.

According to vedas and puranas, it is believed that before the existence of the universe, there was complete darkness everywhere, and divine light appeared, which took the shape of a woman. And that particular ray of light was the holy mother, Maa Kushmanda. When the Goddess smiled, the darkness vanished. The divine goddess then created the sun, the planets, the stars and galaxies. She then took her abode at the centre of the sun.

It is believed that Maa Kushmanda bestows her devotees with wealth, strength, energy and power. By worshipping Maa Kushmanda on Navratri, one can gain all the Siddhis and Niddhis with her divine blessings.

One should chant these mantras of Maa Chandraghanta and Kushmanda 108 times: