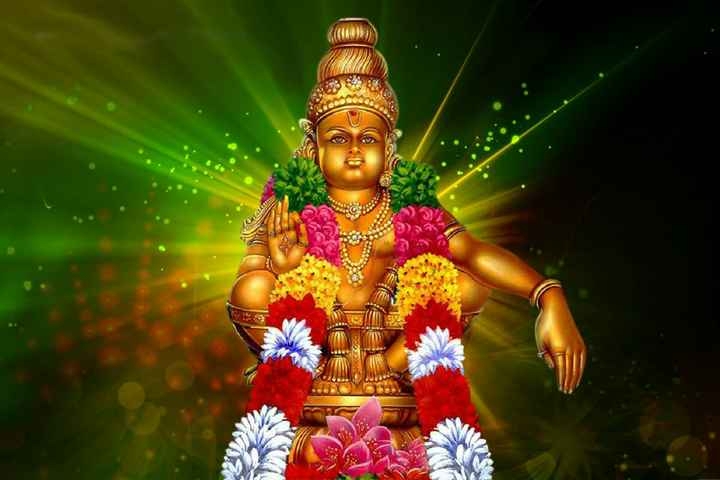 A strange thing will be noticed in most of the southern states of India or even of some of the South Indians settled in other Indian states – some men wearing a black dhoti, walking barefoot, not drinking alcohol, sleeping on the floor in the night and also will have grown their beards. These are some of the disciplines of a devotee before he visits the hill shrine of Sabarimala, where the murti of Lord Ayyappa is established. Ishvara is invoked as the son of Shiva and Vishnu, as Hariharaputra.

Generally, when we invoke Ishvara as different deities we pray for various things – prosperity, harmonious family life, a partner in life, home etc. But we don’t pray for any of these things when we pray to Lord Ayyappa. We pray to Ayyappa only for moksha.

Like all avatara-s of Bhagavan, Ayyappa is a warrior who destroyed a lot of adharmika forces. While this is true of all other manifestations of Bhagavan, at Sabarimala, deep in the forests of Kerala, he is depicted as not only a warrior but the teacher of the highest truth in Vedanta. He is also called mahavakyaupadesha karta, the one who teaches the abtaining identity between the devotee and Ishvara. He is probably the only invocation like that and shares a commonality with the invocation of Ishvara as Dakshinamurti, the Lord as a teacher.

In both the invocations, we see that the right hand is held up with three fingers separate, the thumb and forefinger joining together in a circle to indicate infinity- the individual and Ishvara are one and the same.

Many of the austerities involve a sannyasi- like a lifestyle, whereas most other deities of Ishvara are shown as householders with family. Only Ayyappa is shown as a single being with only one commitment to the learning and teaching of Vedanta. Women not being allowed to enter into the temple of Ayyappa should not be looked upon as discrimination.