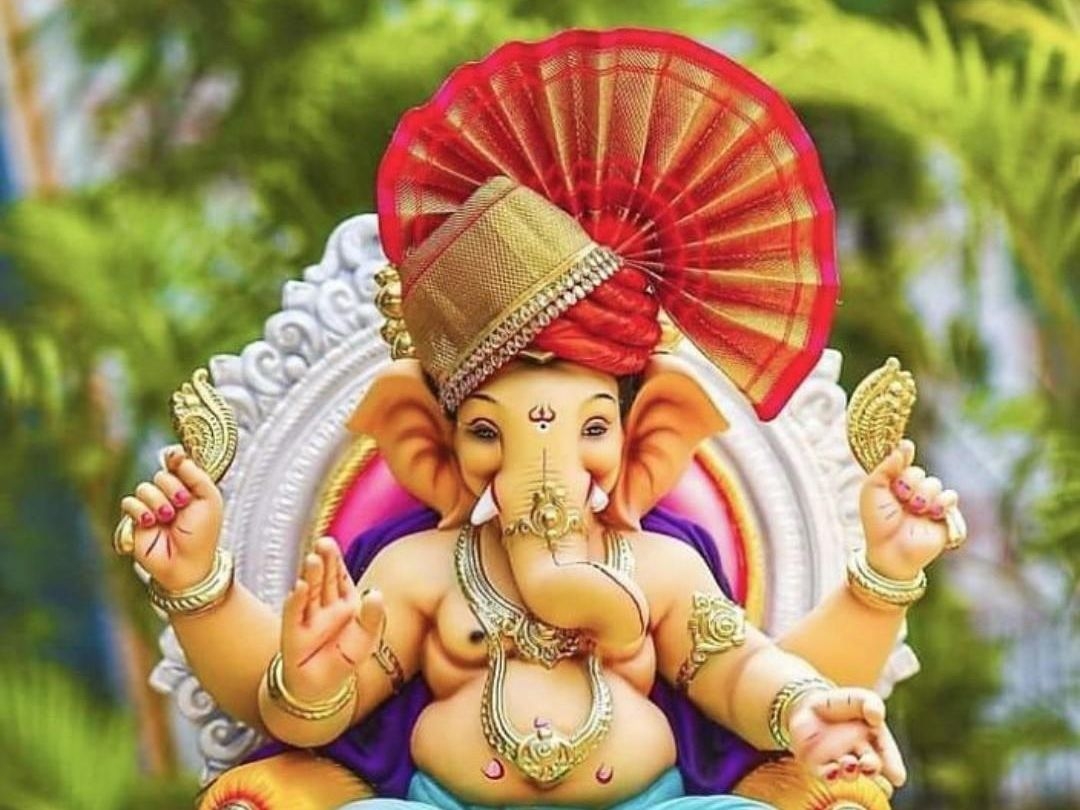 India has been described as the Land of Festivals. The many sacred feasts, pujas and holy days that dot the Hindu calendar, are not merely days for fun and feasting. Rather, they are vital, social, cultural and religious celebrations that bring people together, and remind them of their great and glorious heritage as inhabitants of an ancient and still vibrant civilisation.

One of the most popular of Hindu festivals, it signifies the birthday of Lord Ganesha. It is observed on the 4th day of Bhadrapad (August-September). Clay statues of Ganapathi are made and worshiped for 10 days, after which the idols are immersed into water.

Lord Ganesha is the God of power and wisdom and goodness. Depicted as an elephant-headed deity riding on a mouse, He symbolises strength and humility. It is Ganesha who is invoked first; it is His name that all Hindus repeat at the beginning of any form of worship.

The multiplicity of Gods and deities should not mislead us into dismissing Hinduism as mere idol-worship. The murthis or idols in our temples are but symbols that help us to focus our devotion on God— though some of us fail to look beyond the symbol, into Infinity which it represents. As an English commentator puts it, “An idol is nothing but a window overlooking Eternity.” Thus all “gods” are representatives of the One God. The differences between Hinduism and the western, monotheistic religions are indeed subtle.

Ganapathi as He is affectionately known, is perhaps the most popular deity worshipped by millions of Hindus all over India. Ganapathi is worshipped and evoked at the beginning of every function or ceremony in the Hindu household – at the inauguration of factories and offices, at marriages and at the start of journeys. Ganesha is also known as Vigna Vinayak, the Lord who removes all obstacles. His favourite food is modaka (sweet balls of rice flour) which is offered to him on this auspicious occasion.

Maharashtra observes Ganesh Chaturthi as an important religious, cultural and social festival for 10 days. This tradition was inaugurated by Lokmanya Tilak, who saw the festival as a unifying and integrating factor towards communal harmony.