The fossils recovered from Antarctica in the 1980s represent the oldest giant members of an extinct group of birds that patrolled the southern oceans. By comparison, today's largest bird, the wandering albatross has a wingspan of 11 and-a-half-foot.
PTI 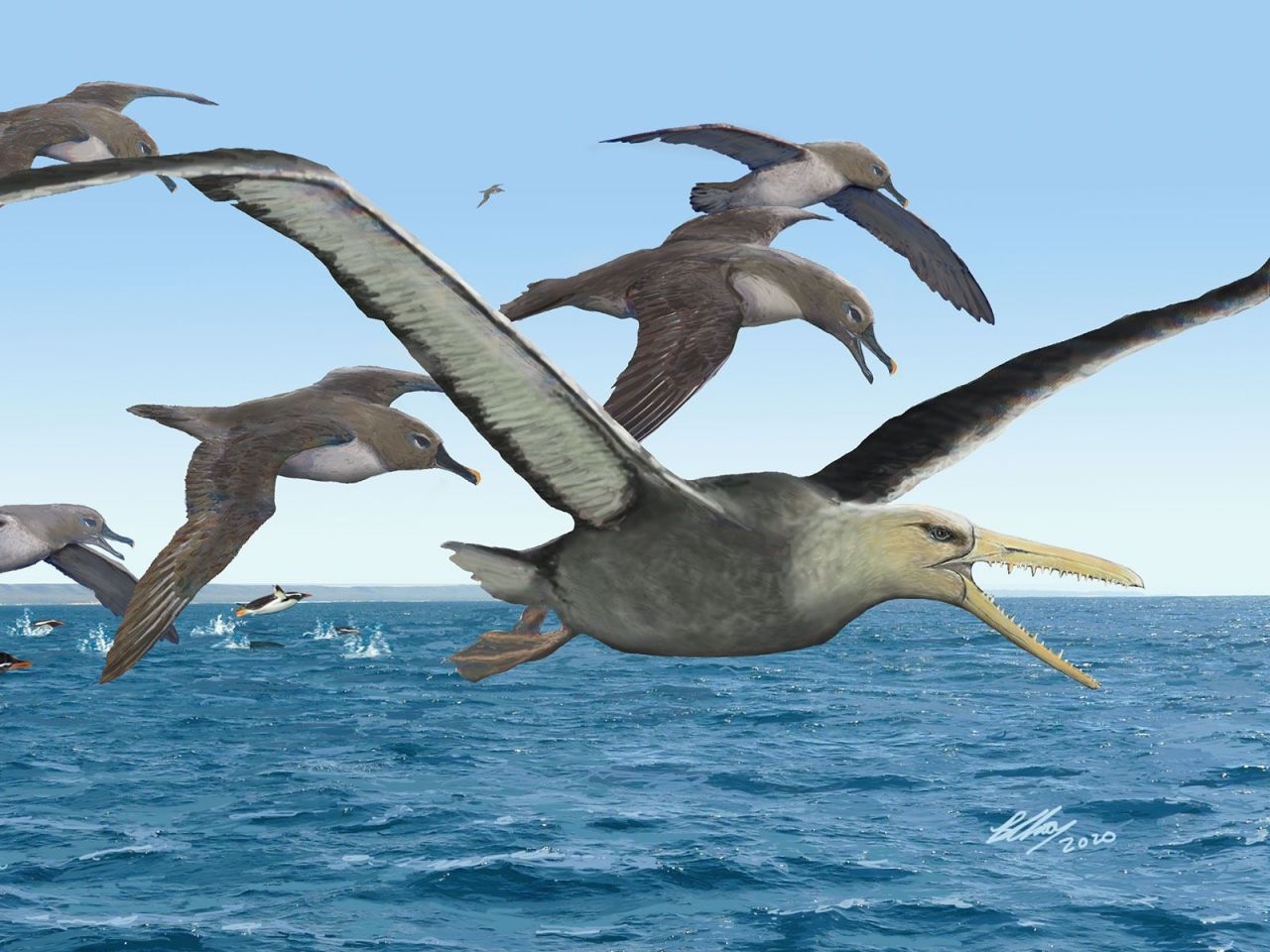 Los Angeles: Scientists have identified the fossil of a giant bird that lived about 50 million years ago, with wingspans of up to 21 feet that would dwarf today's largest bird, the wandering albatross.

The fossils recovered from Antarctica in the 1980s represent the oldest giant members of an extinct group of birds that patrolled the southern oceans. By comparison, today's largest bird, the wandering albatross has a wingspan of 11 and-a-half-foot.

Called pelagornithids, the birds filled a niche much like that of today's albatrosses and travelled widely over Earth's oceans for at least 60 million years.

A second pelagornithid fossil, part of a jaw bone, dates from about 40 million years ago, according to the study published in the journal Scientific Reports.

"Our fossil discovery, with its estimate of a 5-to-6-metre wingspan -- nearly 20 feet -- shows that birds evolved to a truly gigantic size relatively quickly after the extinction of the dinosaurs and ruled over the oceans for millions of years," said Peter Kloess, a graduate student at the University of California, Berkeley in the US.

The last known pelagornithid is from 2.5 million years ago, a time of changing climate as Earth cooled, and the ice ages began, they said. Pelagornithids are known as 'bony-toothed' birds because of the bony projections, or struts, on their jaws that resemble sharp-pointed teeth, though they are not true teeth, like those of humans and other mammals.

Large flying animals have periodically appeared on Earth, starting with the pterosaurs that flapped their leathery wings during the dinosaur era and reached wingspans of 33 feet, according to the researchers.

The pelagornithids came along to claim the wingspan record in the Cenozoic, after the mass extinction, and lived until about 2.5 million years ago. Around that same time, teratorns, now extinct, ruled the skies, they said.