Using Artificial Intelligence (AI), researchers have developed a quick test to identify which people with glaucoma are at risk of rapid progression to blindness.
IANS 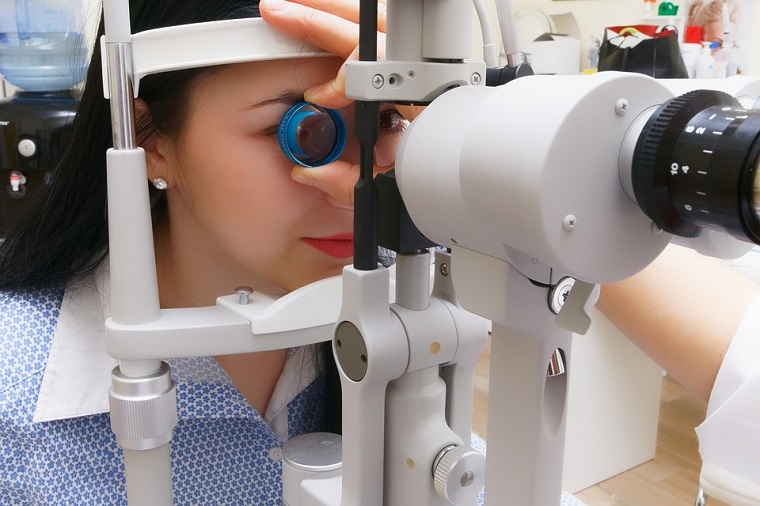 London: Using Artificial Intelligence (AI), researchers have developed a quick test to identify which people with glaucoma are at risk of rapid progression to blindness.

Glaucoma, the leading global cause of irreversible blindness, affects over 60 million people, which is predicted to double by 2040 as the global population ages. Loss of sight in glaucoma is caused by the death of cells in the retina, at the back of the eye.

"Being able to diagnose glaucoma at an earlier stage, and predict its course of progression, could help people to maintain their sight, as treatment is most successful if provided at an early stage of the disease," said study first author Eduardo Normando from Imperial College London.

The test, called DARC (Detection of Apoptosing Retinal Cells), involves injecting into the bloodstream (via the arm) a fluorescent dye that attaches to retinal cells, and illuminates those that are in the process of apoptosis, a form of programmed cell death.

The damaged cells appear bright white when viewed in eye examinations -- the more damaged cells detected, the higher the DARC count. One challenge with evaluating eye diseases is that specialists often disagree when viewing the same scans, so the researchers have incorporated an AI algorithm into their method.

In the Phase II clinical trial of DARC, the AI was used to assess 60 of the study participants -- 20 with glaucoma and 40 healthy control subjects.

The AI was initially trained by analysing the retinal scans (after injection of the dye) of the healthy control participants.

The AI was then tested on the glaucoma patients. Those taking part in the AI study were followed up 18 months after the main trial period to see whether their eye health had deteriorated.

The researchers were able to accurately predict progressive glaucomatous damage 18 months before that seen with the current gold standard OCT retinal imaging technology, as every patient with a DARC count over a certain threshold was found to have progressive glaucoma at follow-up.

"These results are very promising as they show DARC could be used as a biomarker when combined with the AI-aided algorithm," said lead researcher Francesca Cordeiro from University College London (UCL) Institute of Ophthalmology.