Watch: Rashmika Mandanna's first look as Afreen from her next with Dulquer Salmaan revealed

Actress Rashmika Mandanna is celebrating her 26th birthday on Tuesday (April 5) and on the special occasion, the makers of her upcoming film, which also stars Dulquer Salmaan, released her first look.

The makers also revelaed that Rashmika will play the role of Afreen in the film. The yet-to-be-titled film has been directed by Hanu Raghavapudi.

"Meet our rebellious #Afreen as she unravels one of the most beautiful tales ever. Happy birthday #RashmikaMandanna," the makers wrote on social media as they shared the first look of the actress.

In the video, Rashmika can be seen wearing a hijab and a multicoloured top.

Earlier today, it was also announced that the actress is all set to play the female lead opposite actor Vijay in his next film that is to be directed by Vamshi Paidipally.

Sri Venkateswara Creations, the production house producing the film that is tentatively being referred to as #Thalapathy66, on Tuesday made the official announcement on the occasion of Rashmika's birthday.

Rumours doing the rounds in the industry suggest that the film is likely to begin in a few days time and that full fledged shooting will happen by the end of April.

Meanwhile, Rashmika will soon be seen sharing screen space with Sidharth Malhotra in her first Hindi film titled 'Mission Majnu'. Helmed by Shantanu Bagchi, the espionage thriller set in the 1970s has Sidharth essaying the role of a RAW agent who led a covert operation on Pakistani soil. It will be out on June 10 this year.

She also has 'Animal' with Ranbir Kapoor and 'Goodbye' with megastar Amitabh Bachchan in her kitty. 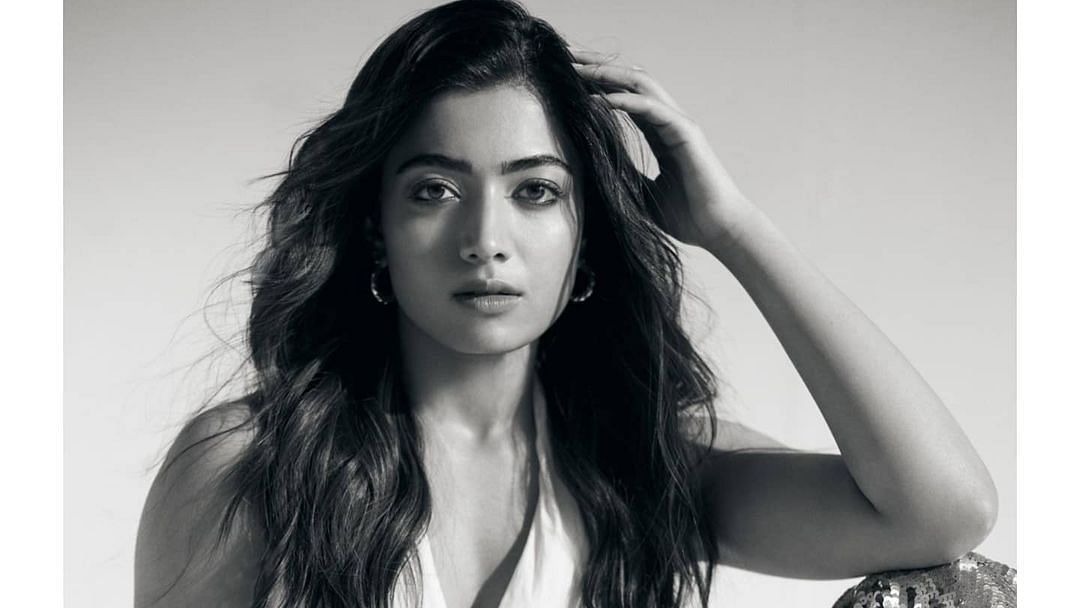