An investigative drama, 'Suzhal – The Vortex', has been created and written by the maverick duo, Pushkar and Gayatri, directed by Bramma and Anucharan.M, and features a stellar ensemble cast including Kathir, Aishwarya Rajesh, Sriya Reddy along with Radhakrishnan Parthiban, in key roles.

The 8-episode fictional crime thriller revolves around the investigation of a missing girl that wreaks havoc and disrupts the very fabric of a small town in South India.

Prime members in India and across 240 countries and territories will be able to watch Suzhal – The Vortex starting June 17.

The worldwide premiere of the series was announced at a press conference held at the IIFA Weekend, & Awards, by Aparna Purohit, Head of India Originals, Amazon Prime Video, the creators, Pushkar and Gayatri, the directors Bramma and Anucharan.M and the lead cast of the series Kathir, Aishwarya Rajesh and Sriya Reddy. To give the audience a glimpse into the intriguing narrative of the show, the lead cast will put up a spectacular performance at the IIFA Rocks event.

“When you have a nuanced, suspenseful thriller with a strong emotional core, imbued with the feverish passion of the creators, you know that you have a winner on hand. Suzhal – The Vortex is our first Tamil scripted Amazon Original series, that we believe, will have a deep resonance with audiences across the world,” said Aparna Purohit, Head of India Originals, Amazon Prime Video.

“We believe that viewers today are willing to explore content beyond geographic and linguistic boundaries. Therefore, we are excited to present Suzhal – The Vortex in multiple Indian as well as foreign languages for customers around the world. It has been a gratifying creative collaboration with Pushkar and Gayatri and we are delighted to announce the worldwide premiere of Suzhal – The Vortex on Prime Video.”

She further added, “It is an absolute pleasure to be able to announce the global launch of Suzhal – The Vortex at the prestigious IIFA Weekend. IIFA has long believed in the power of good content and has successfully been taking Indian stories to the world. This series is a labour of love and we are extremely excited to share the first look with the entire entertainment fraternity of India.”

“We truly believe that entertainment is language-agnostic, and audiences, today, are open to good stories from all over the world. Streaming has opened up many opportunities for homegrown content and there can’t be a better time for Indian shows and films to break international barriers. With Suzhal – The Vortex, we aim to do just that. And, to get an opportunity to launch the show at a global event like IIFA, is truly a dream come true. We’re grateful to Amazon Prime Video and to the entire team of IIFA for this incredible honour,” said Pushkar and Gayatri, writers and creators of the series. “With a dark mystery at core, the story will have the viewers at the edge of their seats. Directors Bramma and Anucharan.M have done a tremendous job in keeping the pace of the narrative swift and intense. And our superb ensemble of actors has breathed life into the characters with their power packed performances.” 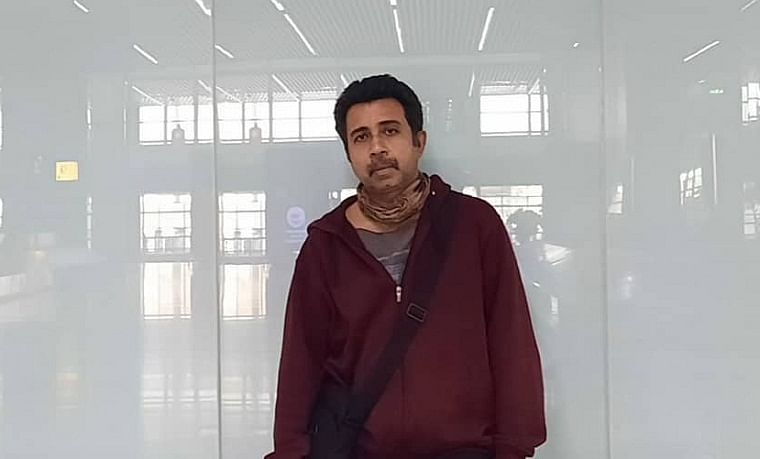