Naga Chaitanya and Samantha announced their separation in October 2021.

Months after parting ways with ex-wife Samantha Ruth Prabhu, looks like Naga Chaitanya is back in the dating game. And if reports are to be believed, he has now found love in 'Major' actress Sobhita Dhulipala.

According to a report in Pinkvilla, Chaitanya was spotted spending quality time with Sobhita at his residence and the two looked very comfortable in each other's presence.

The report quoted a source who shared that Chaitanya gave Sobhita a tour of his new Jubilee Hills property, which is currently under construction. The two also left in the same car post the recce.

The report also claimed that the 'Majili' actor was spotted multiple times at the same hotel where Sobhita was staying during the promotions of her film 'Major'. 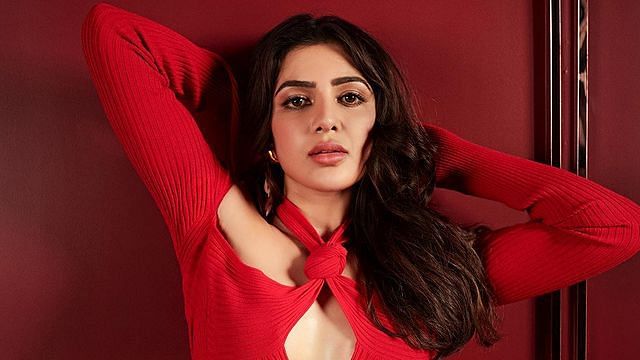 Chaitanya and Sobhita have remained tightlipped over the report and neither of them have commented on it yet.

For the unversed, Naga Chaitanya and Samantha announced their separation in October 2021, days before their fourth wedding anniversary. In a joint statement, they said that while they cherish their decade-long friendship, they have decided to end their marriage.

On the professional front, Naga Chaitanya is set to be a part of Aamir Khan's much-awaited 'Laal Singh Chaddha'. On the other hand, Samantha will reportedly star opposite Varun Dhawan in the Hindi adaptation of 'Citadel'.

Sobhita was last seen in 'Major', which was headlined by Adivi Sesh and also starred Saiee Manjrekar.