'KGF: Chapter 2' fever has gripped Karnataka as thousands of fans of Yash are flocking to the theatres to celebrate the release of the most anticipated pan-India Kannada movie on Thursday.

However, as the celebrations near single-screen theatres brought in festive mood in the state, the police had a difficult time controlling the mob during the fan shows that started at 1 am in the state in the wee hours of Thursday.

The police had to resort to lathicharge in many north Karnataka districts to control the fans who came in great numbers to watch their favourite star Yash. 'All my films take so much time to come out,' says KGF: Chapter 2 actress Srinidhi Shetty

Those who watched 'KGF Chapter 2', queued up to watch the movie again. They explained that the film takes the audience to a different world than KGF Chapter 1 and the journey has to be experienced at the theatres.

They also shared that the tribute song made by the 'KGF Chapter 2' team on Late Kannada Superstar Puneeth Rajkumar is also brilliant.

Thousands of film lovers, from children to elderly people, flocked theatres across Karnataka. 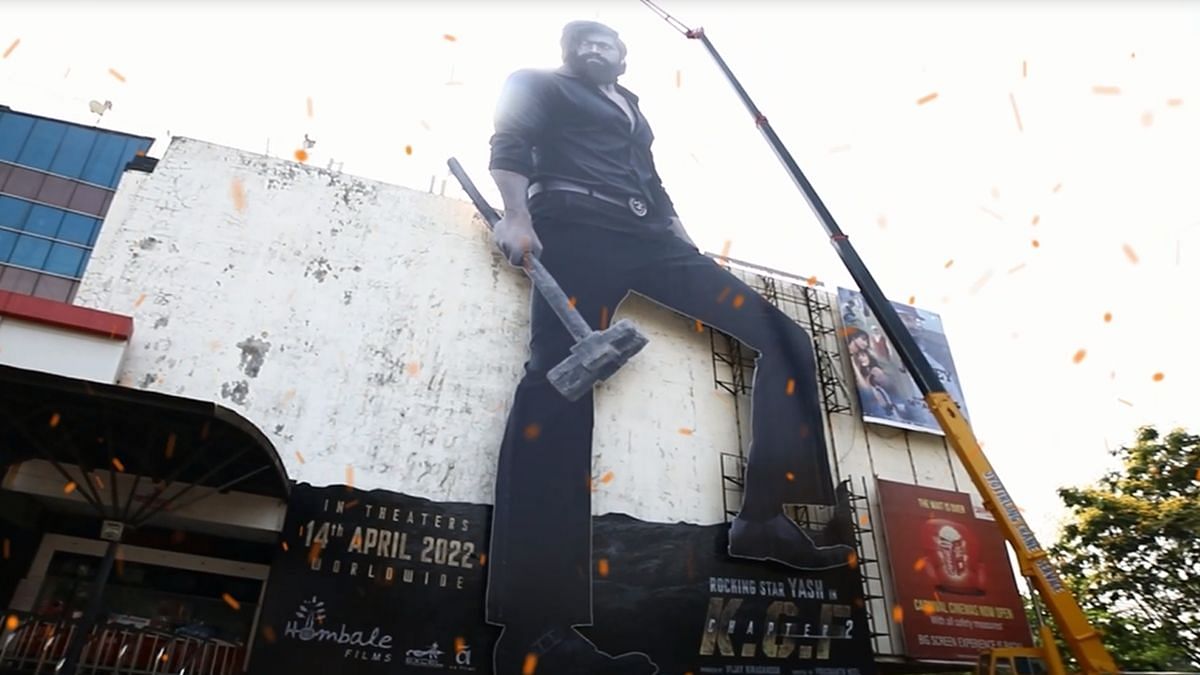 The tickets of all shows have been sold out and the state is likely to remain gripped by the 'KGF Chapter 2' craze for a few more days. The celebrations of the film's success has come to the forefront in the state relegating political and communal developments to the corner.