Amid Omicron scare, ‘Pushpa’ is the only film that is running successfully across pan-India and has pumped life into many theatres that had stopped operations due to lack of footfalls.

With his latest release, ‘Pushpa: The Rise’ officially being declared a ‘blockbuster’ and has been performing successfully at the ticket counters even four weeks after its release. Allu Arjun is truly at the top of his game!

The spectacular success of his latest release has not only cemented his mega stardom as a pan-India superstar but has also gifted him with the tag of being a ‘phenomenon’.

Amid Omicron scare, ‘Pushpa’ is the only film that is running successfully across pan-India and has pumped life into many theatres that had stopped operations due to lack of footfalls.

It took approximately 1886 Rubik’s cube to create the poster of Allu Arjun from ‘Pushpa: The Rise’. The committed fans of the actor created a unique look of their favourite actor by using thousands of rubik’s cube to form a picture of his look from his latest blockbuster.

Fan's obsession for their favourite superstar has always been the same and everyone got a glimpse of it post the mega success of ‘Pushpa'.

His film has broken existing records and created new ones at the box-office. His fans who were eagerly waiting for the film, were seen performing an elaborate doodh abhishek on Allu Arjun’s gigantic posters and offering garlands on the same outside cinema halls across different states.

They are seen pouring milk over the film’s poster, as is usually done while performing pooja for deities. This is certainly a crazy form of showing love. If performing doodh abhishek on his gigantic posters wasn’t enough, Allu Arjun’s fans went ahead to the extent of using firecrackers outside the cinema halls.

In a video that is going viral, the superstar’s fans can be seen celebrating his entry in various ways. His introduction scenes in movies are not worth missing and fans were seen dancing to his popular songs in front of the screen with party poppers when the star was introduced in ‘Pushpa: The Rise’.

Many of them descended on the stage and were seen copying his signature steps. Some fans burst firecrackers to celebrate his film’s release, showcasing their love and affection.

Yes, you read it right! Such has been the craze of Allu Arjun amongst his fans that in one of the viral videos we can see a fan doing a teeka on the actor’s forehead (on his poster) with his blood by cutting his thumb. 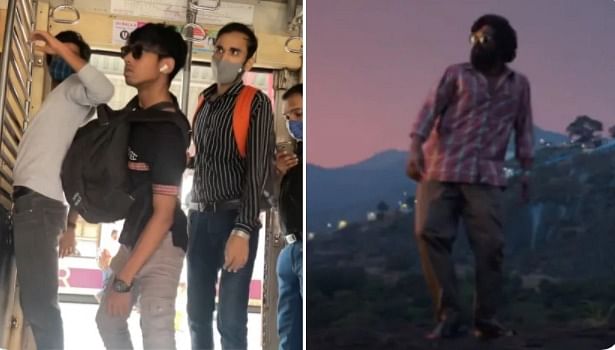 Over the years, Allu Arjun’s loyal fans have been his pillar of strength. His fandom has only grown. Allu Arjun fanatics are seen thronging the cinema halls carrying his posters and wearing his t-shirts.

Not only the cinema halls, his fans wait with bated breath to catch a glimpse of their favourite actor by arriving at the interview venues in huge numbers, blocking the roads and public transport.

This sure is an indication of the star’s connect with the masses and explains why he is a favourite with them. 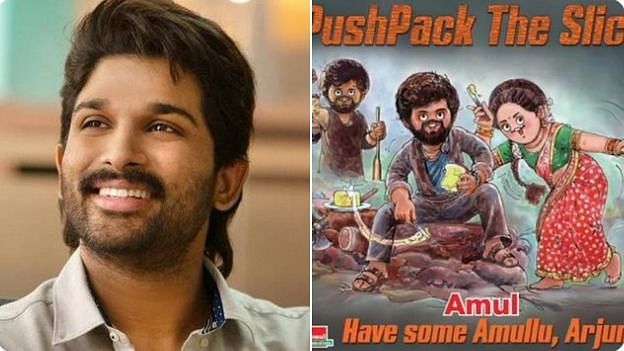 The superstar is truly a trendsetter. Anything and everything looks good on him and his fans love to emulate him. Be it his impactful dialogues, impressive dance moves, crazy on-screen antics, dhamakedaar entry and brilliant action sequences, his fans who like to celebrate Allu Arjun every time his new film hits the big screens.

The euphoria generated by the superstar’s all-round image has placed him ahead of all the other contemporary actors in the South film industry.

He has consciously strengthened his grip by choosing the correct scripts which are liked by not only Telugu speaking audiences and people across the country but across the globe and ‘Pushpa: The Rise’ is a shining example. Surely, there is no stopping this Icon Star. 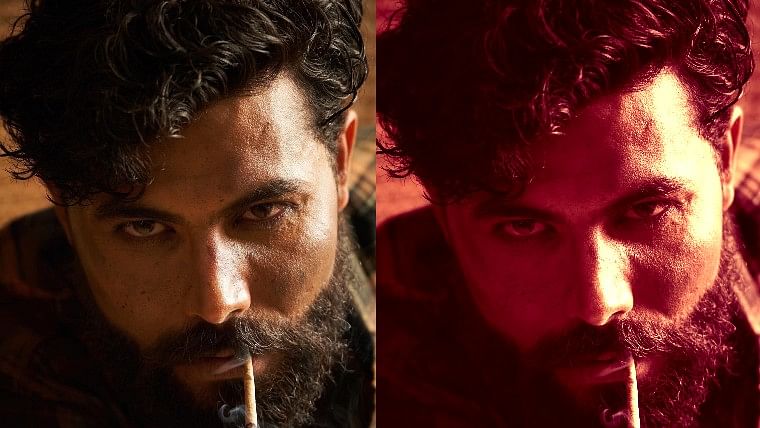