'Can we stop judging women based on hemlines and necklines?': Samantha Ruth Prabhu slams trolls with hard-hitting post

South superstar Samantha Ruth Prabhu slammed trolls on Saturday with strongly-worded message for judging and shaming women and their choices.

Samantha shared a several pictures of herself from a photoshoot along with the note. In the pictures, she can be seen dressed in a strappy gown with a plunging neckline.

She wrote, "As a woman, I bear firsthand knowledge of what it means to be judged. We judge women based on what they wear, their race, education, social standing, appearance, skin tone and the list goes on and on. Making snap judgements about a person simply based on the clothes they wear is quite literally the easiest thing one can do."

She went on to say, "Now that we're in the year 2022, can we finally stop judging a woman based on their hemlines and necklines she adorns and focus instead on bettering ourselves?" 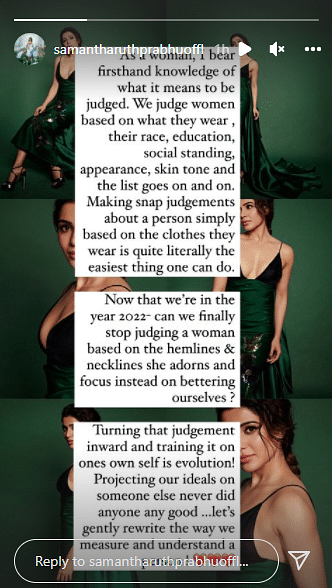 "Turning that judgement inward and training it on one's own self is evolution! Projecting our ideals on someone else never did anyone good...let's gently rewrite the way we measure and understand a person," she added.

Meanwhile, on the professional front, Samantha will reportedly star in 'Citadel' opposite Bollywood actor Varun Dhawan.

The actress recently completed 12 years in the film industry and was last seen in a special dance number for the film 'Pushpa: The Rise'.

She is awaiting the release of her next film 'Kaathuvaakula Rendu Kaathal' with Vijay Sethupathi and Nayanthara, which is slated for a theatrical release on April 28, 2022.

Read Also
Watch: Varun Dhawan tells paparazzi to not scare Samantha Prabhu while escorting the actress to her... 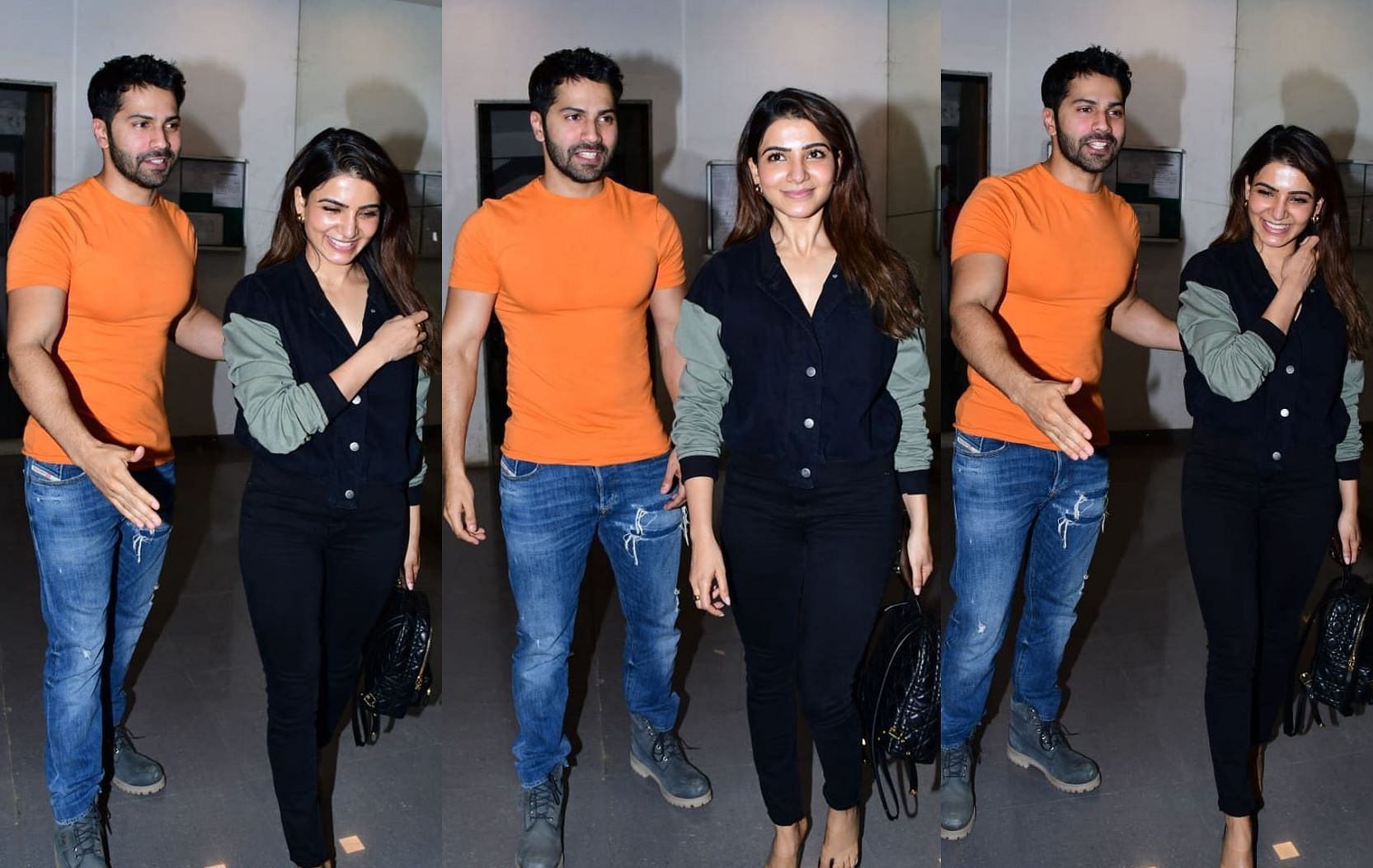