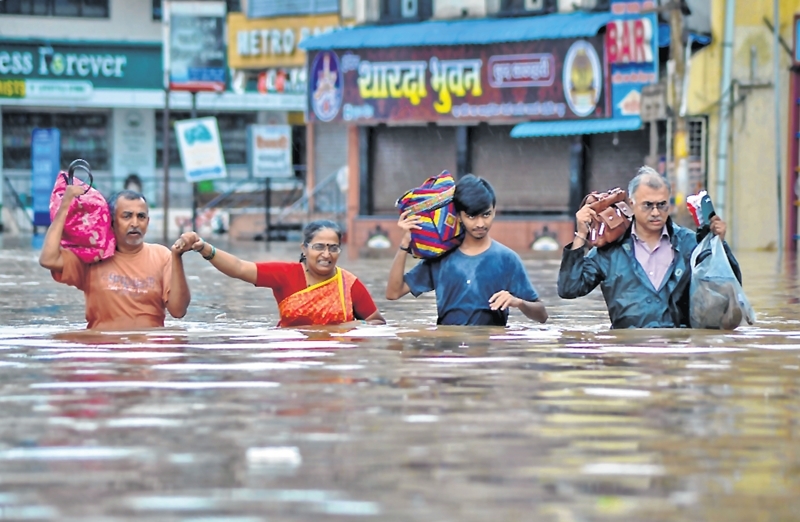 Pune: At least 48 people have lost their lives while three persons are still missing across the flood-battered Pune division, Divisional Commissioner's office said on Tuesday.

As per official data, 4,74,226 people were rescued from 584 villagers and evacuated to temporary 596 shelters in Pune, Sangli, Kolhapur, Satara and Solapur districts.

It said 46 villages of Pune division were completely cut off due to floods and 105 units (1079 Jawans) of different agencies along with 164 boats are deployed in Kolhapur and Sangli.

"De-induction of some of the teams have started. Most are now involved in distributing relief material and medicines. 2.5 tons of ration delivered to villages of Rajapur and Rajapur Wadi. Medical camp doctors along with medical supplies sent to villages," Defence PRO said.

In order to provide medical relief to flood victims, 302 medical teams were active in Satara, Sangli and Kolhapur. "313 ATM's have been made functional with cash available which were affected by flood while 334 are still under maintenance," the statement read.

The National Disaster Response Force (NDRF) teams continuing with the rescue and relief operations in Shirol and Kolhapur. Meanwhile, the India Meteorological Department has predicted light to moderate rainfall with a cloudy in the five districts of the division.