The elections for the municipal corporations were held in four phases in October last year after a gap of 13 years.
PTI 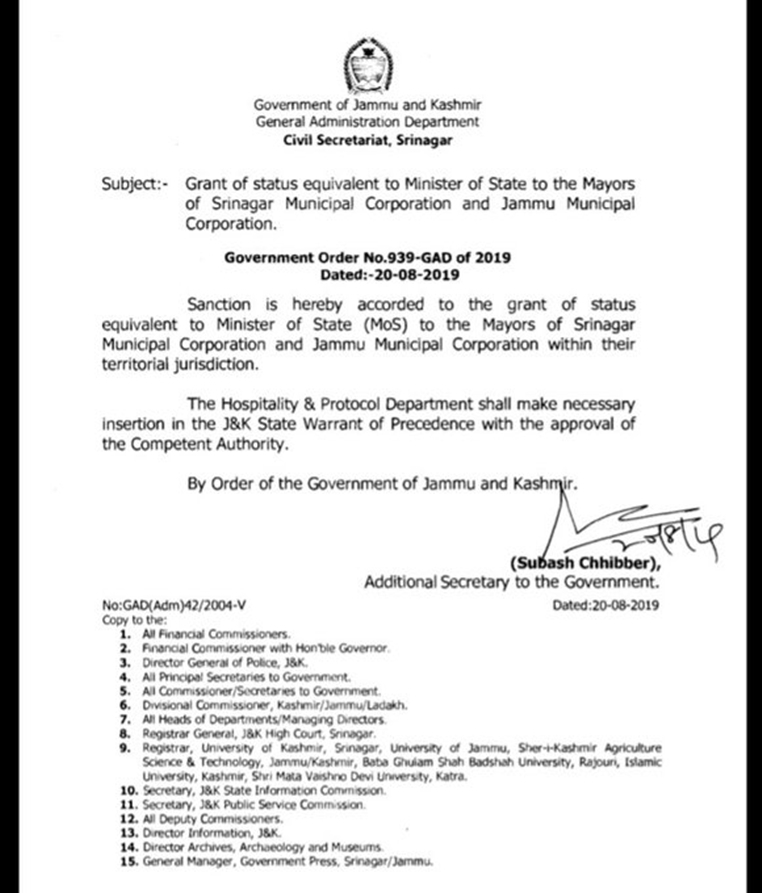 Jammu: The mayors of Srinagar and Jammu civic bodies have been grated status equivalent to that of Minister of State (MoS), according to an official order. The order, issued by additional secretary Subash Chhibber on Tuesday, said the hospitality and protocol department shall make necessary insertion in the J&K State Warrant of Precedence with the approval of the competent authority.

"Sanction is hereby accorded to the grant of status equivalent to Minister of State (MoS) to the Mayors of SMC (Srinagar Municipal Corporation) and JMC (Jammu Municipal Corporation) within their territorial jurisdiction," the order said.The elections for the municipal corporations were held in four phases in October last year after a gap of 13 years.

People's Conference leader Junaid Maattu and BJP leader Chander Mohan Gupta are the mayors of SMC and JMC, respectively. On August 5, the BJP-led NDA government at the Centre scrapped the special status of Jammu and Kashmir and split it into two Union Territories -- Jammu and Kashmir, and Ladakh.