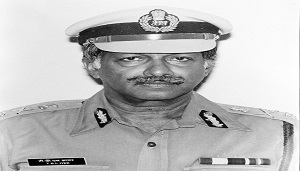 Some species of sharks have to keep moving just to survive. It is also the life of creative people that they don’t rest on their laurels. In fact, they are restless making a commitment to hunt for opportunities that can reveal their talents. All the time in life, we are either moving towards, or retreating from our cherished goals and it is upon us to decide to chase, rest or retreat.

We may not like it but we have to do it. We have to force ourselves to step out a little each time. It could be the break we have been waiting for. The motto should be “Do it now and regret it later”. When we compel ourselves to get out of the groove into a ‘No-man’s land’, only good things can happen.

For example, the American comedy queen ‘Kathy Buckley’ is deaf and she converted that disability into an asset. She was a five time nominee for the American Comedy Award for the best ‘comedienne’. It all began when a friend urged her to enter a comedy contest. She came in fourth and was soon performing in clubs and gatherings across the country. Ultimately, she made it to Hollywood.

Maybe, we have to join where the real action is. A classmate of mine who was a dropout from the school was good in mimicry. In one of the shows, he was noticed by a producer and was inducted into a movie. He became a big success and never looked back in life.

As my teacher said once: “If you hibernate and don’t want to come out of the cave, because of the risk involved you remain and die in the cave itself. Break the seal, invade unknown territories and you will hit a jackpot.”

An aspiring artist was waiting to be discovered. To pay his bills, he worked at a picture framing shop during the week and tried his hand at selling his art at the weekly bazaar in urban areas. An art agent happened to see his paintings and immediately took a fancy and encouraged him. He utilised him to make calendars, cards and other artifacts.

The man escaped from his lean years and became a sought-after  artist.

Nothing is small and if there is a chance it could lead to bigger and better things. Many speakers don’t charge anything, if their books could sell by opening an outlet at the auditorium.

For example, Harvey Mackay, the author of the best selling business book ‘Shark Proof’ once gave a motivational speech to the employees of a large book distributing agency in America. He built a halo around his book, increased his visibility, all of which boosted sales in the book stores all over the country.