Who was Prabhakar Jog? Eminent musician who passed away in Pune today

His first song as a music director 'Lapvilpas Tu Hirva Chafa' sung by his wife Late Neela Jog, was broadcast on Aakashwani Pune and remains one of the most popular Marathi songs till date.
FPJ Web Desk 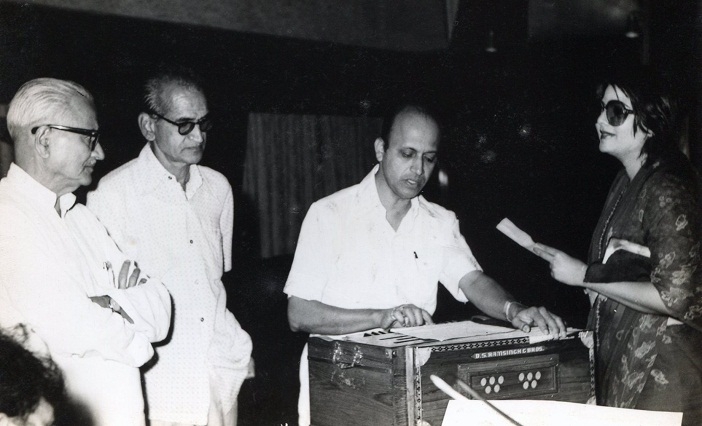 Noted violinist, composer and singer Prabhakar Jog died at his residence here in Pune on Sunday due to age-related issues, sources close to his family said. He was 88.

Maharashtra Chief Minister Uddhav Thackeray condoled his demise saying, the music field has lost a true 'sadhak,' while Governor Bhagat Singh Koshyari tweeted, "He enriched the world of art with his melodious renditions. He trained many disciples thereby ensuring that his legacy continues.”

Who was Prabhakar Jog?

Jog was born in Haregaon, Maharashtra on 25th Dec 1932 and was very fond of music from his childhood. According to his website, he took lessons in classical vocal music from Pt. Gajananrao Joshi and Pt. Narayanrao Marulkar for 5-6 years. His elder brother Shri Vamanrao Jog(Ex Staff Violinist of Akashvani Indore)used to conduct violin tuitions at their home. Jog would always hang around at his musical classes and used to enjoy listening to him playing the violin.

He was inspired by Shridhar Palshikar’s music which was aired on the radio and started taking lessons from his brother. Soon Violin became an inseparable part of his life.

At the age of 12, Jog started playing violin in music shows as he faced an 'earn and learn' situation following the unexpected death of his father.

He later worked as an assistant to musician Sudhir Phadke (who was popular as Babuji). The songs in 'Geet Ramayana' series have the violin tunes of Jog. He accompanied Phadke for around 500 shows of 'Geet Ramayana'.

After his stint with Phadke he began composing songs independently for All India Radio, Pune. His first song as a music director 'Lapvilpas Tu Hirva Chafa' sung by his wife Late Neela Jog, was broadcast on Aakashwani Pune and remains one of the most popular Marathi songs till date.

In films, he got his first break as a violinist in the Marathi movie "Shri Gurudevdatta".

He was a recipient of many awards and honours, including the prestigious Gan Samragni Lata Mangeshkar Award for lifetime achievement in 2015.

Jog's life and music journey has been summarised in his autobiography "Swar Ale Juluni".