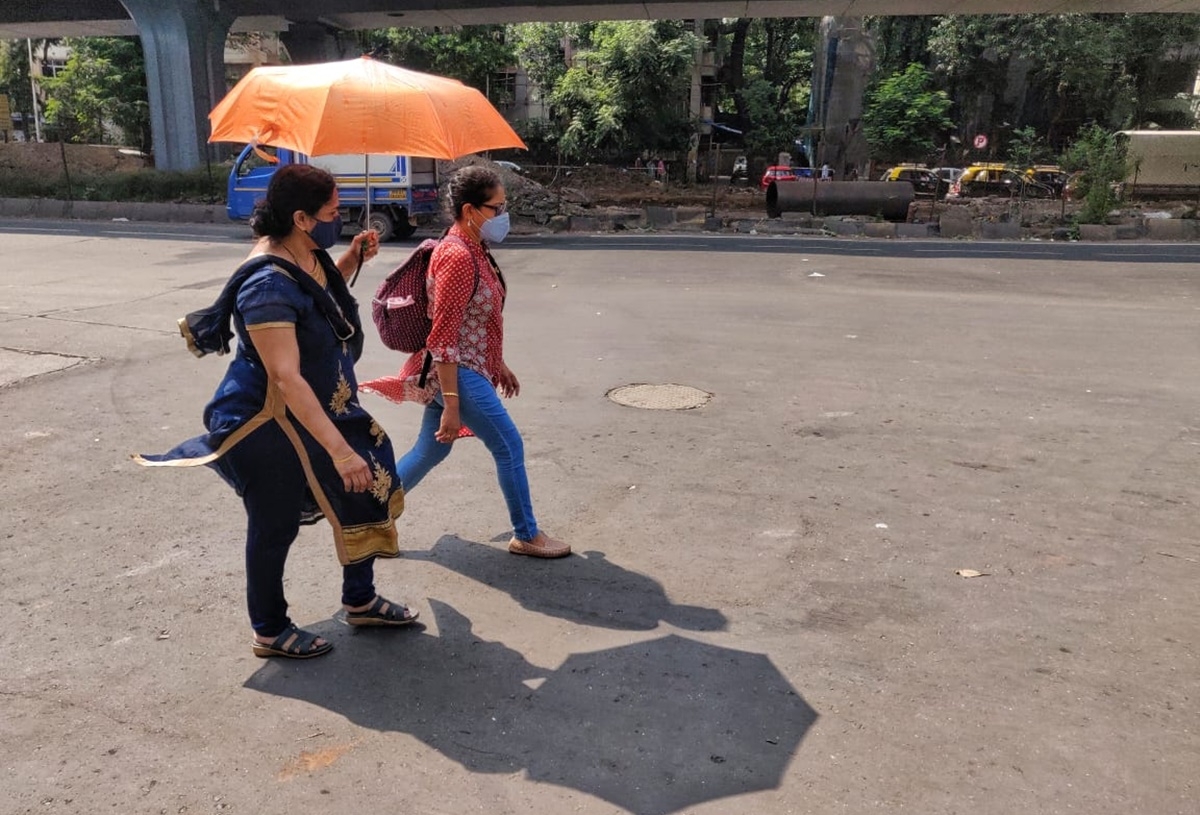 Mumbaikars continue to face a hot and humid climate as rains took a break on Thursday. However, the India Meteorological Department (IMD) in its 24-hour forecast has predicted light to moderate spells of rain or thundershowers at isolated places in the city and suburbs.

Meanwhile, IMD said that the withdrawal of the Southwest Monsoon commenced on Wednesday and it receded from some parts of West Rajasthan and adjoining Gujarat.

This is the second-most delayed withdrawal of the Southwest Monsoon since 1975. Monsoon withdrawal from northwest India in 2019 started on October 9, according to R K Jenamani, senior forecaster with the National Weather Forecasting Centre of the IMD.

The withdrawal of the Southwest Monsoon from northwest India usually begins from September 17. The wind system is expected to retreat from Delhi in three to four days.

"In view of the establishment of an anti-cyclonic circulation in the lower tropospheric levels over western parts of northwest India and substantial reduction in moisture content and rainfall, the withdrawal of the Southwest Monsoon has commenced," the IMD said in a statement.

The Southwest Monsoon has withdrawn from some parts of West Rajasthan and adjoining Gujarat, it said, adding that the withdrawal line passes through Bikaner, Jodhpur, Jalore, Bhuj and Lat.

"Conditions are favourable for further withdrawal of the Southwest Monsoon from some more parts of Gujarat, entire Rajasthan, Punjab, Haryana, Chandigarh, Delhi, Jammu and Kashmir, Ladakh, Himachal Pradesh, Uttarakhand, Uttar Pradesh and some parts of Madhya Pradesh during the next three to four days," the MeT Department said.

The country received "normal" rainfall during the four-month Southwest Monsoon season from June to September. All India monsoon rainfall during June 1 to September 30 has been 87 cm against the Long Period Average of 88 cm of 1961-2010 (99 percent of its LPA).