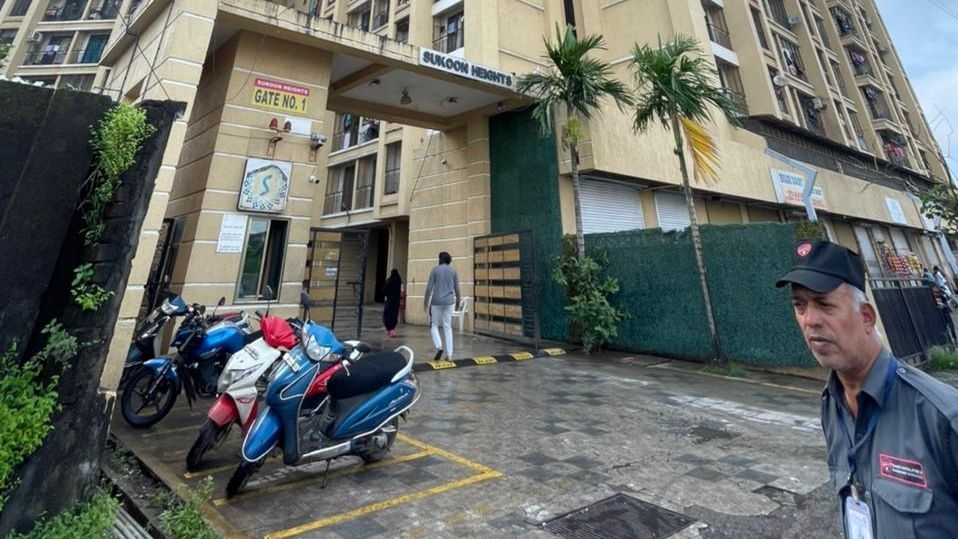 Thane: Water scarcity is not only faced by people staying in the tribal areas or illegal structure across Thane district. Sukoon Heights, a high rise society in Mumbra, is facing water scarcity problems from the last five years. "Even after having the OC (occupancy certificate) and other documents being clear, the society had spent Rs 70 lakhs for water tankers in the last five years over water scarcity. The societies have paid Rs 37 lakhs as water tax to the authorities and almost Rs 3 to Rs 5 lakhs are spent on miscellaneous expenditure to get the water connection," said Saad Khan, a school trustee and the chairman of Serenity Tower, one of the four towers in Sukoon heights.

Sukoon heights is the premises based in Kausa near Mumbra consisting of four towers. The high rise is 18 storeys comprising around 400 flats owners totalling to around 2,000 residents staying in. "It all started after the construction of the first building tower, which was ready in 2016-17. After OC was procured residents moved in. But water scarcity started. It was the responsibility of the builder who was the chief promoter of the society and was collecting maintenance. Instead of installing an authentic water supply line from TMC, the builder kept ordering water tankers. The maintenance collected from the flat owners was spent on tankers. After a year two more towers, Harmony and Serenity, were occupied by residents. And the same problem of water scarcity persisted. But this time the demand for water increased," added Khan.

Residents from serenity tower opposed the water tanker supply and formed a group of society members to reach the builder to stop the tanker supply. The team then also protested at the Thane Municipal Corporation water supply department demanding to start the connection.

"So we were then provided with two connections and the society was getting water for almost six months. With time, again problems began and the water pressure in the tap started running low. Are the water tankers safe during such a pandemic time? When viral fever and other diseases are common in and around the city. Even after visiting the TMC authorities and corporator from the last five years we are forced to get water tankers which is a waste of money as well as inviting disease at home," said Sarfaraz Alam, a custom official and secretary of Serenity Tower in Sukoon heights.

After meeting Shanu Pathan, an NCP corporator and opposition leader of TMC, additional 11 Lines were sanctioned from the pumping station at MM Valley. An additional cost of two lakh rupees were incurred by the society. "It too resulted in failure as we were only getting water supply for two hours and we could only get supply water for 5 to 10 minutes in the morning and in the evening.

On top of this, the two lines that were sanctioned earlier were completely stopped and the lines were dry. Despite having official permission of 24 lines of supply from the main water pipeline. The corporators, the water department official, the tanker mafia, the builder all are working hand in glove and the ultimate sufferers are the residents of the society. And no one is concerned about the apathy being faced by the residents. Paying the water tax, paying for the tankers, paying for the property tax and not getting the basic needs, who is responsible for this?" questioned Saad Khan.

Sources from the TMC said, the society had a 2 inch line, but as the occupancy increased it further resulted in water scarcity. Vinod Pawar, executive engineer, water supply department of TMC said, "The water problem of the society has almost been solved. They have a total 24 connections from the main line. We have completed the work for 15 connections and by this week, all the 24 connections will be able to supply water."