Watch video: Union Minister Narayan Rane to move an application in Bombay High Court for quashing of FIRs against him 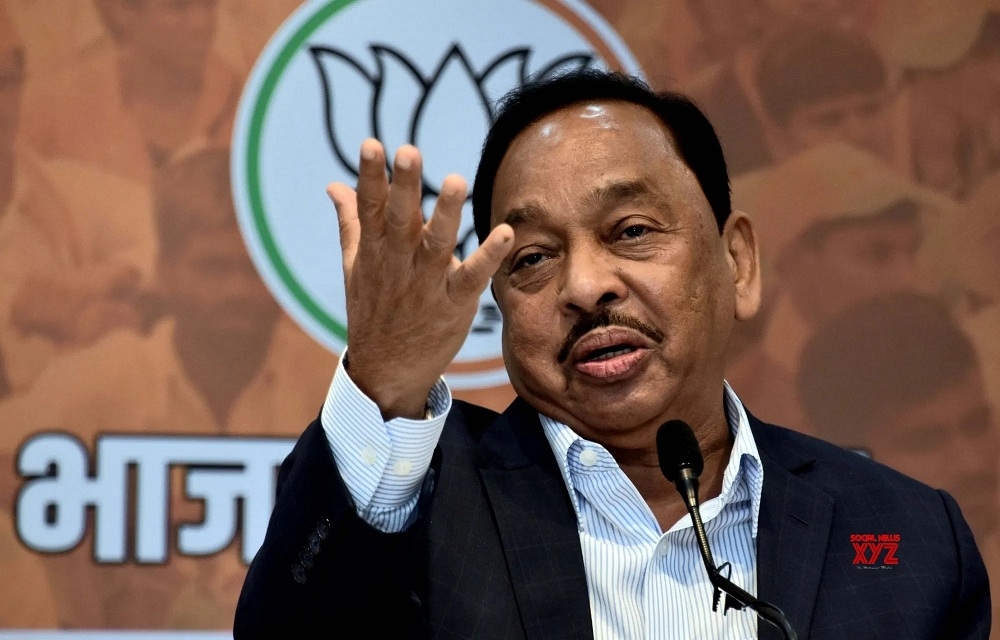 After Mahad Magistrate Court granted bail, Union Minister Narayan Rane on Wednesday to move an application in Bombay High Court for quashing of FIRs against him in connection with his alleged statement against Maharashtra Chief Minister Uddhav Thackeray, reported news agency ANI.

According to ANI, a team of lawyers visited Narayan Rane's residence in Mumbai.

Hours after he was arrested over his controversial remarks against Chief Minister Uddhav Thackeray which triggered a political row and protests across Maharashtra, Union minister Narayan Rane was granted bail by a court at Mahad on late Tuesday night.

The magistrate's court denied the police's request for his custody, but asked Rane to attend the Mahad police station on two days. The BJP leader had said during the Jan Ashirwad Yatra of his party on Monday that he would have slapped Thackeray over the latter's `ignorance' of the year of India's independence.

"Satyamev Jayate" (truth always prevails), Rane tweeted after getting bail and on his way back to Mumbai.

Rane was taken into custody at Golwali, the ancestral village of former RSS chief Sadashivrao Golwalkar 'Guruji' in Ratnagiri district. He was then handed over to Raigad police around 2.45 pm in connection with the FIR registered at Mahad.

The case at Mahad was registered under IPC sections 189 (threat of injury to public servant), 504 (intentional insult to provoke breach of public peace), and 505 (statements conducive to public mischief).

At the Mahad court, Government pleader Bhushan Salvi sought seven-day police custody for the BJP leader. It was important to investigate if there was a conspiracy to tarnish the reputation of the chief minister, he said.

Opposing the application, Rane's lawyers Aniket Nikam and Bhau Salunkhe argued that his health condition was serious as he was 69 years old and suffered from sugar and blood pressure issues.

Nikam further argued that the offenses under IPC for which Rane was arrested were all punishable with less than seven years and hence his custody was unnecessary.

Nikam also argued that Rane's arrest was illegal as no summons was issued to him under Section 41A of the Code of Criminal Procedure before his arrest.

Court, after hearing both the sides, denied the police the Union minister's custody. It instead remanded him in judicial custody and then, on the plea moved by his lawyers, granted Rane bail on a surety of Rs 15,000.

The arrest had followed Rane's statement targeting Thackeray in Raigad district on Monday.

"It is shameful that the chief minister does not know the year of independence. He leaned back to enquire about the count of years of independence during his speech (on August 15). Had I been there, I would have given (him) a tight slap," Rane had said.

Rane defended his remarks against Thackeray, saying he hasn't committed any crime by making them.

On media reportage of his 'imminent arrest' in the case, Rane said hours before his arrest that he was not a 'normal' (ordinary) man and cautioned the media against such reportage.

Rane's remarks against Thackeray drew sharp reactions from Shiv Sena, whose workers put up a poster in Mumbai, calling him a 'kombdi chor' (chicken stealer), a reference to the poultry shop he ran in Chembur area five decades ago, during the initial part of his over four-decade-long stint with the Bal Thackeray-led party.

Rane's remarks against Uddhav Thackeray set off protests in Mumbai and several other cities which included pelting of stones and vandalising offices of BJP in some areas by Shiv Sena cadres.

In Mumbai, activists of Yuva Sena, the youth wing of the Sena, and the BJP clashed near Rane's residence on the Juhu Tara Road in Santacruz (West).

Stones were pelted from both sides, following which police used cane-charge to disperse the agitators, an official said, adding heavy police security was deployed outside Rane's residence.

Slamming the Maharashtra government, BJP president J P Nadda said Rane's arrest was violative of constitutional values, and his party will not be cowed down by such actions.

In a tweet, Nadda said the "huge" response the BJP has received in its 'Jan Ashirwad Yatra' has jolted its rivals. "We fight democratically. The yatra will continue," he said.