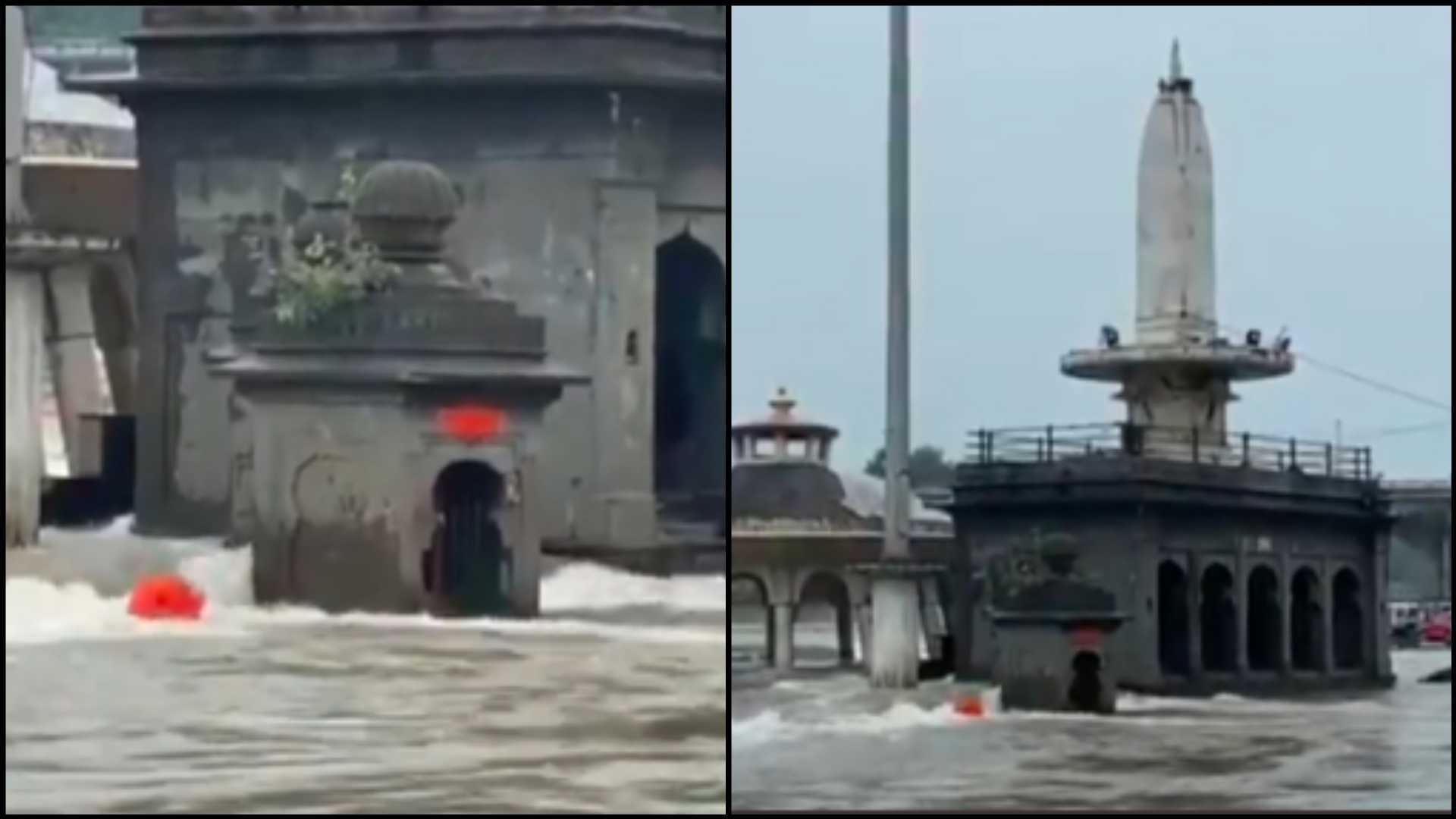 The temples were submerged in Nashik as the river Godavari strated overflowing due to heavy rainfall on Monday, ANI reported.

A depression over the Bay of Bengal intensified into a deep depression and crossed the Odisha coast on Monday morning, bringing heavy rains to the state, the India Meteorological Department (IMD) said.

Due to the impact of this circulation, western and central India is expected to receive heavy rainfall, the IMD said.

North Konkan, central Maharashtra is also likely to receive heavy rainfall over the next two days, the IMD added.

"Latest coastal observations indicate that it further moved west-northwestwards and crossed north Odisha coast, close to south of Chandbali between 0530 and 0630 hrs IST as a deep depression with maximum sustained wind speed of 30 knots (around 55 km per hour) and lay centred at 0630 hrs IST over north coastal Odisha, very close to Chandbali.