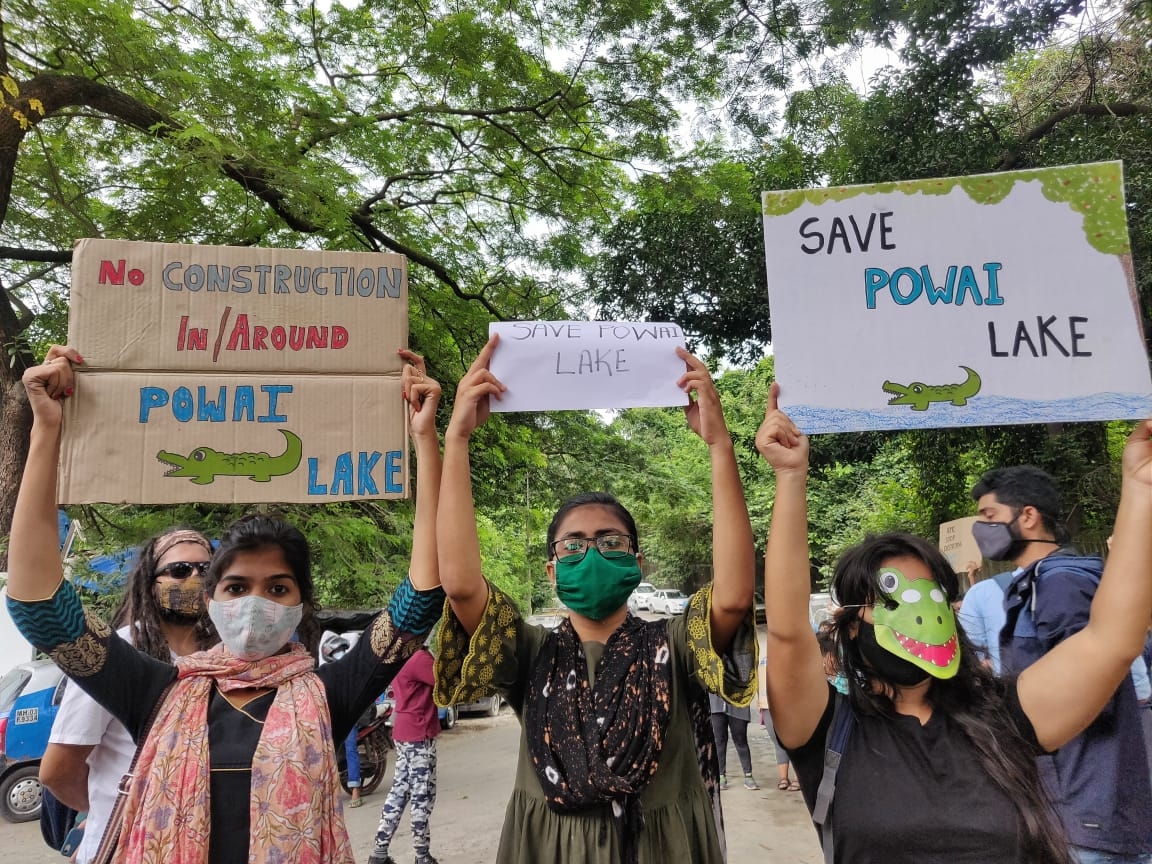 A group of citizen's led by Mumbai based activist groups Muse Foundation and Youth For Aarey held a protest outside Deer Park in Powai to protest against the Brihanmumbai Municipal Corporation (BMC's) construction of an 'illegal' cycle track project inside Powai Lake.

Earlier, on September 19, a cyclist group, Konkan Pedals, also held a protest in Powai. Gaurang Kanvinde, a member of this group, said that more than 15 members gathered at Powai Lake to protest against the project. "A cycling track at exotic locations is not preferable. Instead the administration should work towards improving the roads and make dedicated lanes for cycles there," Kanvinde said. 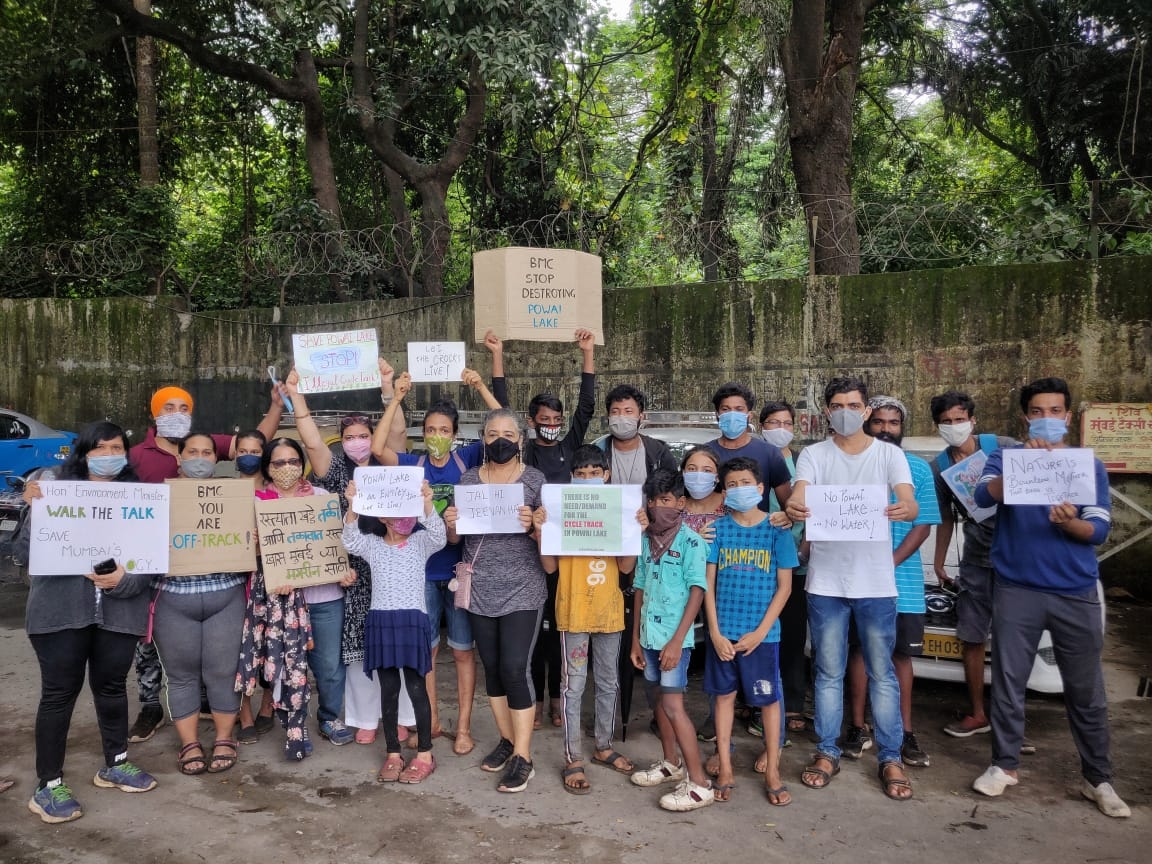 Earlier this month, a team from the forest department and the telsidar’s office conducted a survey at the construction site. "The cycle track is not being constructed in a forest area, so the BMC will not require our NOC. However, we have made a report, stating that the lake is a home to crocodiles and have forwarded it to the higher authorities," said a senior forest department official.

"The lake has not been demarcated as a natural habitat site for crocodiles by the government. It needs to be marked as an eco-sensitive zone before or else the project would continue as usual," the official said. 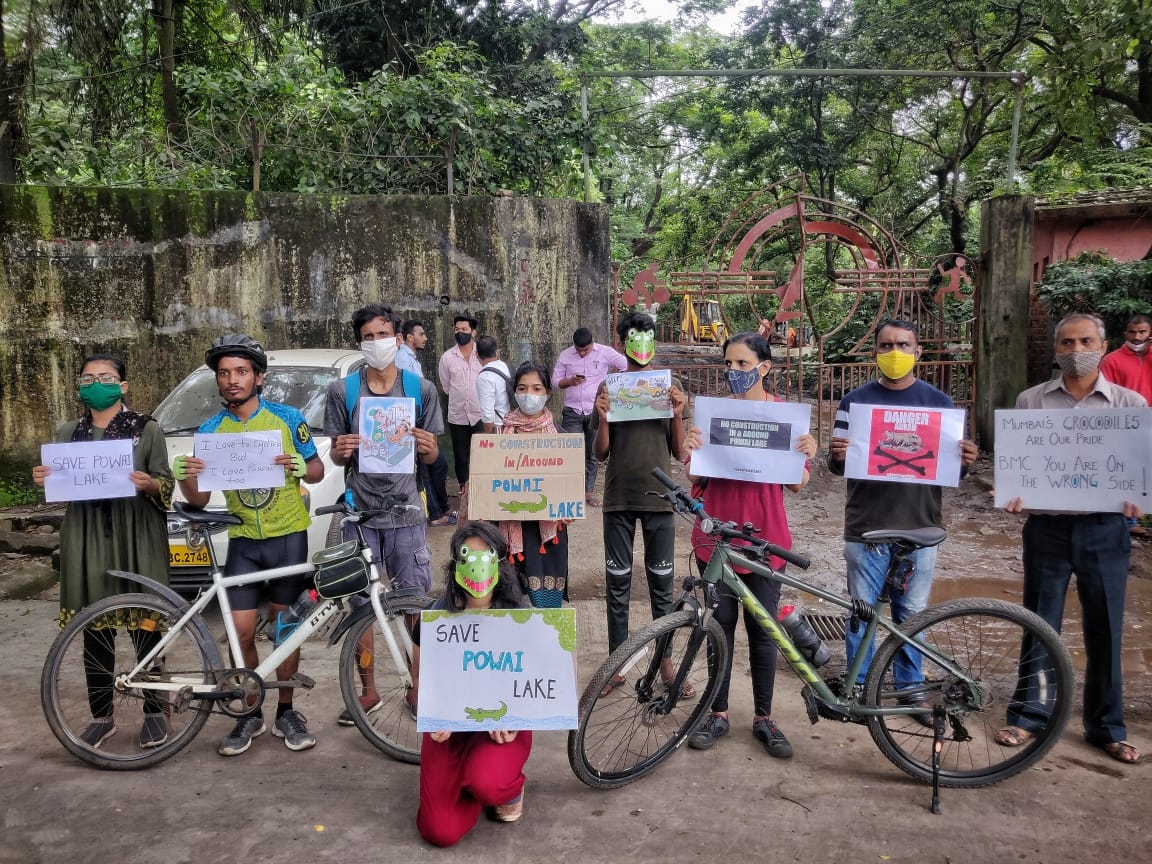 Opposition to the ongoing construction of the cycle track has grown more intense after environmentalists have claimed that the BMC hadn't conducted an Environment Impact Assessment (EIA) before taking up the project.

Amrita Bhattacharya, an environmentalist told The Free Press Journal, "There's no information available about this project in the public domain. I visited the site multiple times and noticed that 162 trees have been identified. The contractor informed us that the trees will be felled for the project," Bhattacharya said. Bhattacharya has written to the Heritage Committee, stating that the Powai Lake is a heritage site and a home to Indian Marsh Crocodiles.

After receiving several complaints from environmentalists, the Ministry of Environment Forest and Climate Change has asked the forest department of Maharashtra to look into the matter and take necessary action, according to reports from Mid-day.