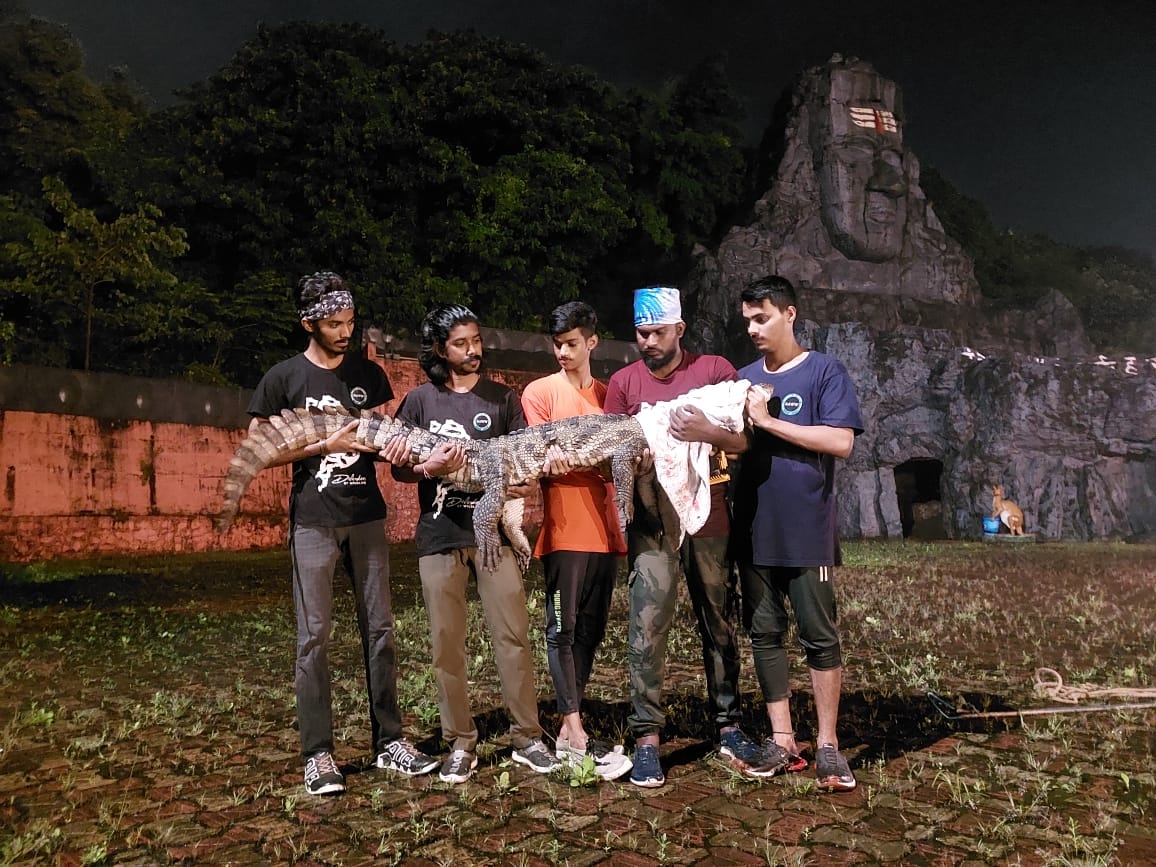 Thane city forest officials with the help of wildlife rescuers Resqink Association for Wildlife Welfare (RAWW) rescued a seven feet long crocodile, spotted on the premises of Suraj Water Park, Thane on Thursday morning. The rescuers and forest officials believe that the male marsh crocodile might have got displaced due to heavy rains.

The reptile was successfully rescued and released to its natural habitat by the rescuers and forest officials.

The reptile was spotted by the staff of the water park at around 5 am the soon after which the authorities got in touch with the RAWW helpline and the Forest Department. " As soon as we received the distress call a 7 member rescue team was assigned after confirming the sighting. Our team of rescuers including Joaquim Naik, Aman Singh, Omsi Para, Anil Bhalerao, Ritik Jaiswal, Ajay Kanojiya and myself reached the spot within 20 minutes. After evaluating the situation we managed to safely rescue the reptile within 30 minutes under the supervision of the Forest Department and in coordination with Narendra Muthe, Range Forest Officer (RFO), Thane Range of the territorial wing of the forest department," said Pawan Sharma, conservationist and founder of Mumbai based NGO RAWW. 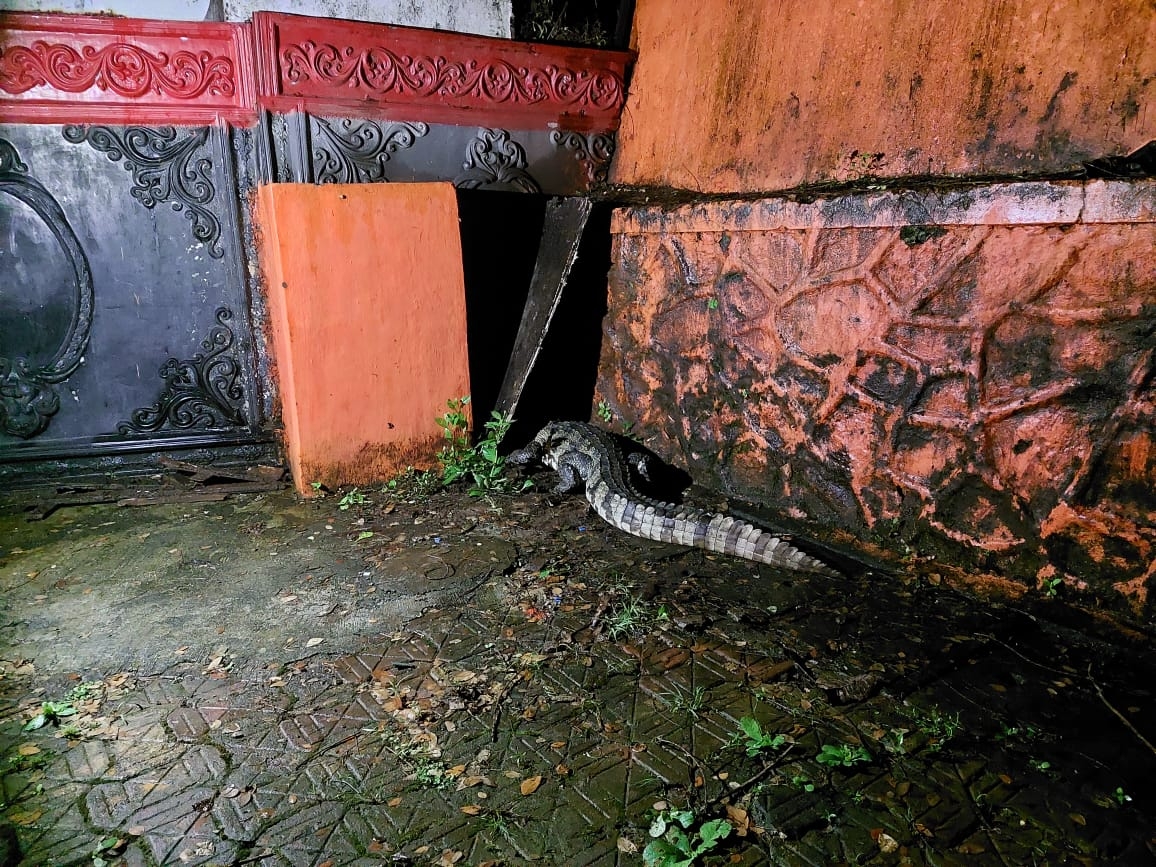 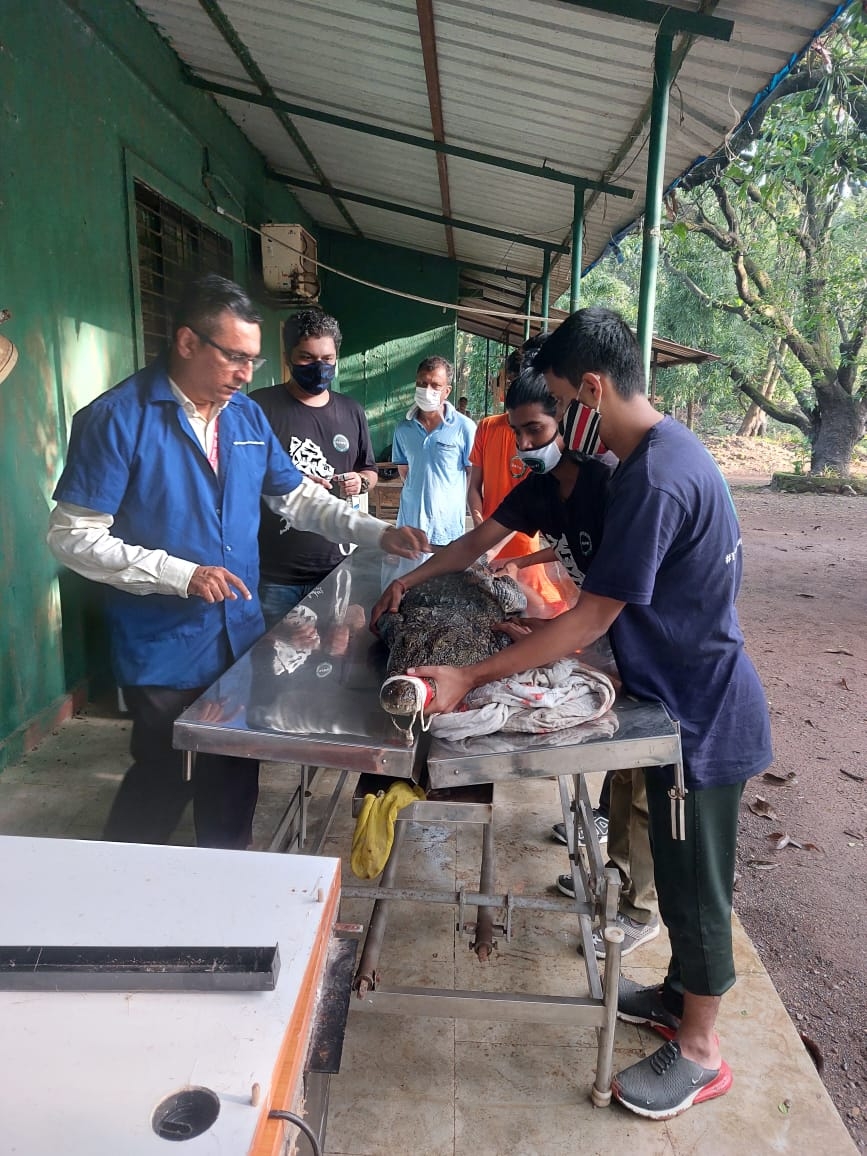 Sharma added: "The crocodile was then taken to Sanjay Gandhi National Park (SGNP ) where the wildlife veterinary officer Dr Shailesh Pethe medically examined and further declared it active and fit to be released back to its natural habitat after tagging (inserting a microchip) the reptile." Within a few hours of the rescue and examination, the crocodile was successfully released back to its natural habitat in the wild.

The location where the reptile was released has been kept secret for its safety. The teams will be surveying and studying the area of rescue and examination to understand the route and reason of displacement. Rescuers and forest officials believe that the reptile must have got displaced due to rain. However, this is not the first time that a crocodile was spotted in this belt.

"The site where the reptile was spotted is covered with forest on its back and there are big drainages on the sides of the highway passing by the water park. There is just a wall between the forest and the water park. It is possible that the reptile might have got in through a water channel or drainage. Besides, crocodile sightings have been common in drainages and channels around Powai, Bhandup, Mulund, Thane due to their proximity to SGNP and forest area," said Narendra Muthe, RFO - Thane Range of the territorial wing of the forest department.