The accused had arrived by flight no. ET610, from Sau Paulo Via Addis Ababa, said a source.
Staff Reporter 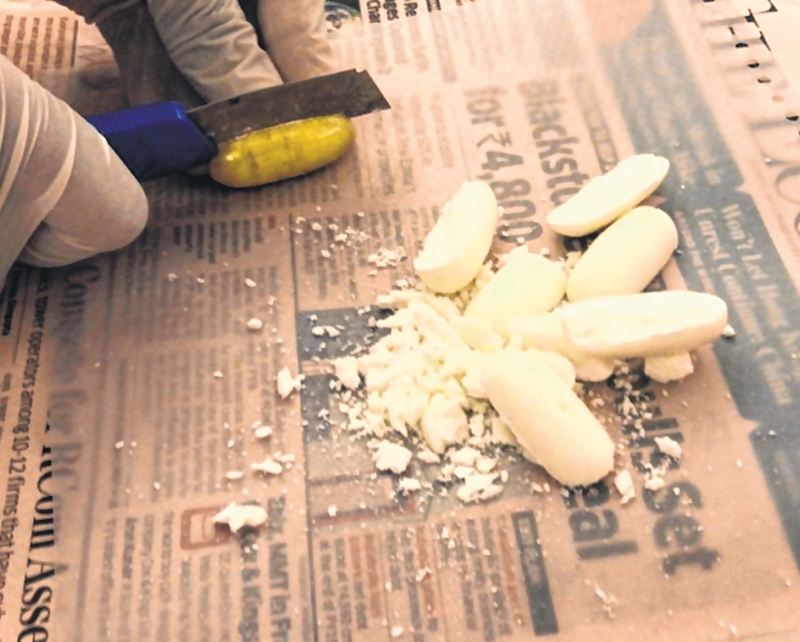 The accused had arrived by flight no. ET610, from Sau Paulo Via Addis Ababa, said a source.

Sources at the DRI said, according to the intelligence, she had secreted drugs in her body, for which the DRI sought permission for conducting medical test, including X-ray of her body.

Subsequently, Karendralenny was rushed to the state-run JJ Hospital, where an X-ray revealed the presence of foreign objects in her stomach and she was admitted for extraction of those objects.

It was then that Karendralenny confessed to having consumed 80 capsules containing Cocaine before taking the flight for Mumbai at Sao Paulo in Brazil via Addis Ababa.

As per directions of the Doctor, Karendralenny was admitted to the hospital on August 9 and she purged 80 capsules in 17 times during the period from August 9 to 13.

On Wednesday, Karendralenny was discharged from JJ Hospital and summoned to DRI office. During the examination of the 80 capsules, drugs were found.

Examination resulted in recovery of white powder purported to be Cocaine weighing 796 grams worth Rs4.77 crore in the international market, from the 80 capsules, which was seized under the provisions of the NDPS Act, 1985.

Karendralenny later admitted to having smuggled seized cocaine for an international syndicate for $5,000. She was arrested on Thursday last for her alleged act of smuggling cocaine by secreting it in her body. She was remanded in judicial custody till August 20.