Shiv Sena sides with villagers who are opposed to the project; wants GoI & JNPT to take MVA Govt into confidence before further action.
Sanjay Jog 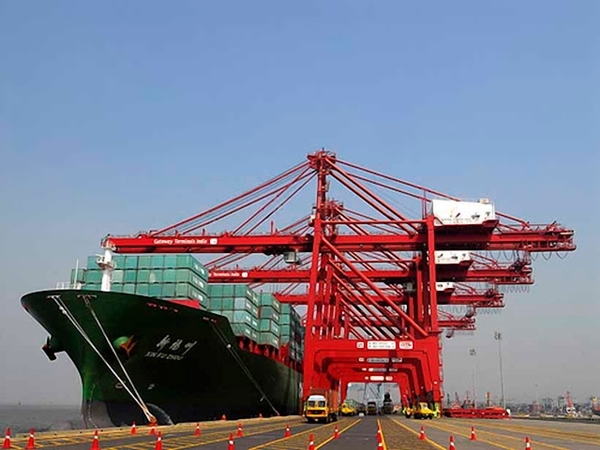 Mumbai: The Shiv Sena sent out a strong message to the Modi-led government on Friday, not to take the ruling Maha Vikas Aghadi government in Maharashtra for granted in the implementation of the Rs 65,545-crore Vadhavan port project in Palghar district. This has all the portents of a tit for tat, coming as it does in the backdrop of the controversy over the Metro 3 carshed and the BJP stepping up its attack against the MVA government.

At his maiden meeting with the villagers, who are strongly opposing the project on the plea that it would adversely impact fishing, Chief Minister Uddhav Thackeray said the government valued their views and would side with them. ‘‘The project development won’t happen without your consent and without taking you on board,’’ the CM told the villagers.

Further, Thackeray also told the villagers that the Government of India and the Jawaharlal Nehru Port Trust should keep the MVA government in the loop while pursuing the port development.

Thackeray’s confidante and Urban Development Minister Eknath Shinde, who was present at the meeting, told The Free Press Journal, ‘‘The CM has clearly assured the villagers that the Shiv Sena and the government are with them. He also assured that the government will not adopt coercive steps against the villagers. It is quite strange that the project is being developed in Maharashtra but GoI and JNPT are not taking the state government into confidence. This won’t happen.’’ He said the villagers pointed out that the port development would completely ruin their earnings as fishing in the ‘golden area’ would be affected.

Another Sena minister said if the BJP-led government at the Centre tried to interfere and put roadblocks in every development project in Maharashtra, the MVA government would strongly counter such attempts. ‘‘It will be projects such as Vadhavan port and the bullet train that will not move forward if the BJP-led Government continues to oppose for the sake of opposition,’’ he noted. The minister recalled how the Shiv Sena had opposed the Rs 3 lakh crore refinery project proposed at Nanar in the Konkan region.

In 1998, the then BJP-Shiv Sena government had given a mandate to erstwhile Peninsular and Oriental Australia Ports Pvt Ltd (now Dubai Ports World) to develop the Vadhavan project. However, the project had failed to take off following strong opposition by the Sena, which supported the local villagers who had staged protests over violation of environmental norms, fishing dynamics and the possible displacement of the fishing community.

The project was revived in 2015 by the Union Ministry of Ports after the Jawaharlal Nehru Port Trust (JNPT) and the Maharashtra Maritime Board (MMB) signed a memorandum of understanding. The JNPT was to hold 74 per cent stake and the MMB the remaining 24 per cent in the proposed port project. However, the project did not commence despite former Union Minister of Ports Nitin Gadkari's clarification that not a single family would be displaced, nor would there be any land acquisition.

With Thackeray’s aggressive posture, it's now over to Delhi.