The SCDRC functions with one court only, mainly due to the lack of appointment of members

One of the prominent reasons for the State Consumer Disputes Redressal Commission (SCDRC) having a falling disposal rate is the increasing number of vacancies.

The SCDRC functions with one court only, mainly due to the lack of appointment of members. The SCDRC has a total sanctioned strength of 12 posts (table 2) when it comes to the benches where the president and members hear the case. 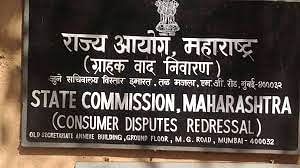 Of these 12 posts, seven are vacant and one is due to be vacant in a few months. That will bring the vacancy to 75 per cent of the sanctioned strength with appointments nowhere in sight.

The current president was appointed in May after the post was vacant for nearly five months. Before that, the president's post was occupied for six months.

The scene is no different with the district forums. In the 40 district forums across the state, there are 120 positions sanctioned (table 2) for the post of president and members of which 25 per cent are vacant. Of the 40 presidential posts, 16 are vacant, while in the case of members, 15 of the 80 sanctioned posts are vacant.

Mumbai has four forums, but there is fear of none working by early next year as there are only two presidents who double up for the other two forums as well and are due to retire.

Vacancies are not just restricted to the level of the bench that decides on cases. As per information provided, even staff positions at the various forums are not filled. In 2018, the vacancy was 26.76 per cent of the total sanctioned posts of 497, which has shot up to 39.43 per cent as on September 20, 2022, with 196 posts vacant. Each fourm has around 10 staffers.

Staff categorised under Group B, which provides direct support in the clearing of cases and included positions like bench clerk, steno and typist, have seen vacancies jump from 20 per cent to 30 per cent.

“The issue of filling the vacancy is pending in the court. The government is hopeful that there will be some relief when the matter is heard next,” said a senior person at the Commission.

How the Commission works

As per the relevant Act, the tribunal quorum is of two members – the president or a member or a senior member, who in absence of the president has to be eligible to become president (she/he has to be a judicial member / retired judge) along with a member. This is the case for both state and district forums.