'Unlike him, my loyalties intact': Eknath Shinde on Narayan Rane's 'fed up with Shiv Sena' claim 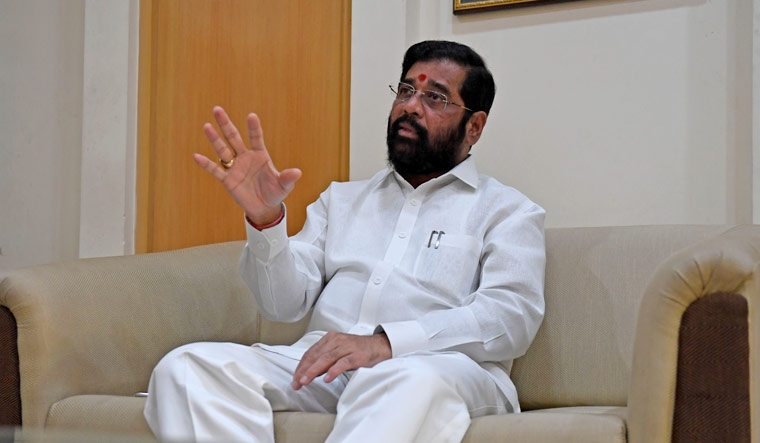 Veteran Shiv Sena leader and Maharashtra Urban Development Minister Eknath Shinde has slammed BJP leader and Union Minister Narayan Rane for the latter’s claim that he (Shinde) was fed up of not being given a say in running his department. Shinde shot back, saying that Rane, in his capacity as the Union MSME minister, was free to take decisions but Prime Minister Narendra Modi was involved whenever a policy decision had to be taken.

Terming Rane’s allegation ‘baseless’, Shinde, who is also in charge of the Maharashtra State Road Development Corporation, said he was happy in the Shiv Sena headed by Uddhav Thackeray and enjoyed a lot of freedom in the decision-making process of his departments and implementation.

“It is because of the freedom enjoyed by me that the unified development control and promotion regulations were approved and the implementation of the 701km-Mumbai-Nagpur Samruddhi Marg has been pursued. Rane has held the CM’s post and he is aware of the decision-making process. Chief Minister Uddhav Thackeray is involved when it comes to taking any policy decision and we make decisions together,” Shinde said.

Rane had further claimed, “If he (Shinde) approaches me, I will surely induct him into the BJP. Shinde is bored there and has no work. He is in trouble there.’’

Shinde said, “Rane’s statement that I am feeling suffocated in the Sena and will soon leave the party is aimed at creating confusion. He has been making such statements since the formation of the MVA government. His intention is to create confusion in the minds of other MVA partners. I am loyal to the Sena and Uddhav Thackeray.” There was no question of leaving the Shiv Sena, he said.

He further reminded Rane that unlike him (Rane), his loyalty to the Shiv Sena would remain intact. Rane, following differences with Uddhav, had joined the Congress party in 2005, only to later float his own outfit, the Maharashtra Swabhiman Paksha, after leaving Congress in 2017. Thereafter, he made it to the Rajya Sabha with the BJP’s support in 2018 and ahead of the assembly elections, Rane and his two sons formally joined the BJP in 2019.

Further, Shinde said, “The MVA government has worked relentlessly during the Covid-19 pandemic and has not allowed the pandemic to affect development work.”