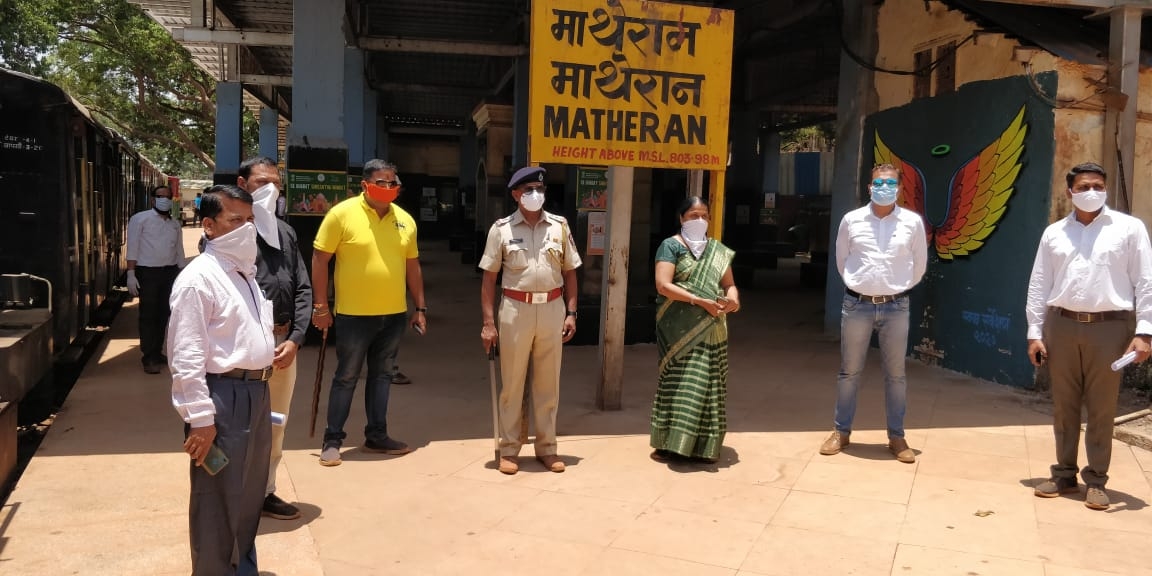 In a major relief to the residents of Matheran, train services carrying essential goods from Aman Lodge to Matheran has started. The train will run twice daily between Aman Lodge and Matheran, said officials of Matheran Hill station Municipal Council.

"The trains were sanitised earlier in the day and all precautionary measures such as social distancing, use of face masks, sanitisers and thermal screening were followed," a senior official said. Central Railway chief public relations officer Shivaji Sutar confirmed the development.

The core area under the Matheran Municipal Council admeasuring around 215 sq.km, was declared an eco-sensitive zone in 2003, and entry of motorised vehicles was stopped completely in this zone. The area has a population of 30,000 people with 4,500 solely dependant on tourism.

Bombay High Court's Justice S J Kathawalla, hearing a petition filed by former NCP MLA Suresh lad and Ajay Sawant, a local businessman last week, changed the recommendation of the interim Matheran Monitoring Committee (MMC) under the Ministry of Environment and Forest. The committee had recommended that a tempo carrying the provisions be allowed to enter the zone only once a week.

The new arrangement as per HC directives tempo will be allowed to enter the zone thrice a week carrying essential goods and the set up will continue up to September.

However, following court directives, Raigad district collector told the railways to intervene and ensure supplies of essential commodities, instead of allowing any motorised vehicles in the zone. "The MMC meeting based on high courts order approved tempo service only until train service for parcel/ essential goods start. Besides, it was only an exceptional case, It will not be allowed in the routine course. Matheran is an eco-sensitive zone, will be continued to be treated as one," Raigad District Collector Nidhi Chaudhari told the Free Press Journal.

Dr Prashant Jadhav, Chief Officer of Matheran Hill station Municipal Council, said, "We are following the court's directives. Parcels and essential goods will be reaching residents of Matheran. Train service twice a day to carry the essential goods into Matheran from Aman Lodge is a good option.

However residents and owners of resorts and hotels in Matheran say that the train service is a welcome move, but, along with trains, one tempo a day would still prove to be of help. "The committee told to look into the issue recommended the train. But we have other issues. For example, LPG gas cylinders are not allowed onboard trains. Horses are made to carry the LPG cylinders all the way from Dasturi gate to Matheran. One horse made to ferry three to four cylinders at a time. This can lead to accidents we fear," said Ganesh Shinde a local resident."