HomeMumbaiThunderstorms with lightning, moderate rain with gusty winds in Mumbai, Thane and other districts

Thunderstorms with lightning, moderate rain with gusty winds in Mumbai, Thane and other districts

The India Meteorological Department (IMD) had issued a 'yellow alert' for rains along with thunder and lightning for most parts of Maharashtra, except the state's northern region.

Earlier, the India Meteorological Department (IMD) on Friday had informed about the thunderstorm and moderate rainfall in the areas. Along with it, Thane, Navi Mumbai and other neighbouring areas of the metropolis have also received heavy rainfall with thunder since late Friday afternoon.

Apart from it, IMD further added that south-west monsoon has withdrawn from Nandurbar, Dhule and Jalgaon districts in north-central Maharashtra, much later than the usual pull out date of October 5.

Some hours earlier, the weather office had issued a 'yellow alert' for rains along with thunder and lightning for most parts of Maharashtra, except the state's northern region.

The IMD's 'district forecast and warning for next five days' update issued in the afternoon said the yellow alert was for districts in Konkan, western Maharashtra, Vidarbha and Marathwada regions.

A yellow alert means heavy rainfall between 6 cm to 11 cm.

These areas are likely to get "'thunderstorms accompanied with lightning, light to moderate rain" with "gusty winds" with a speed of 30 to 40 kilometres per hour.

The IMD also issued a 'green alert' for Northern Maharashtra districts like Nashik, Dhule, Jalgaon and Nandurbar indicating either dry weather or light to moderate thundershowers.

Pune city and some parts of Maharashtra witnessed heavy rainfall since Friday morning, while some areas of Mumbai received showers in the evening.

As per the IMD's colour scheme for alerts, green denotes 'no warning, yellow is 'to keep watch', orange is 'to stay alert' while red is a 'warning that requires action to be taken'.

Read Also
Mumbai: Thunderstorm with light rains to continue over the city for next two days, IMD predicts 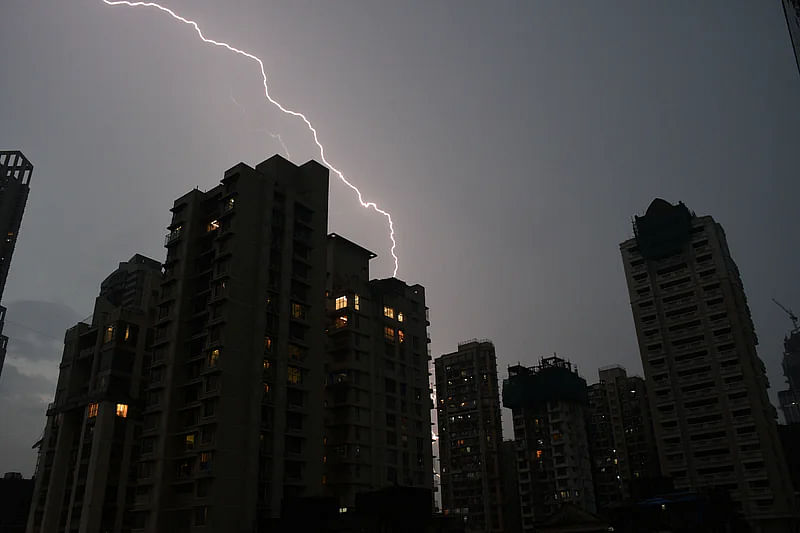