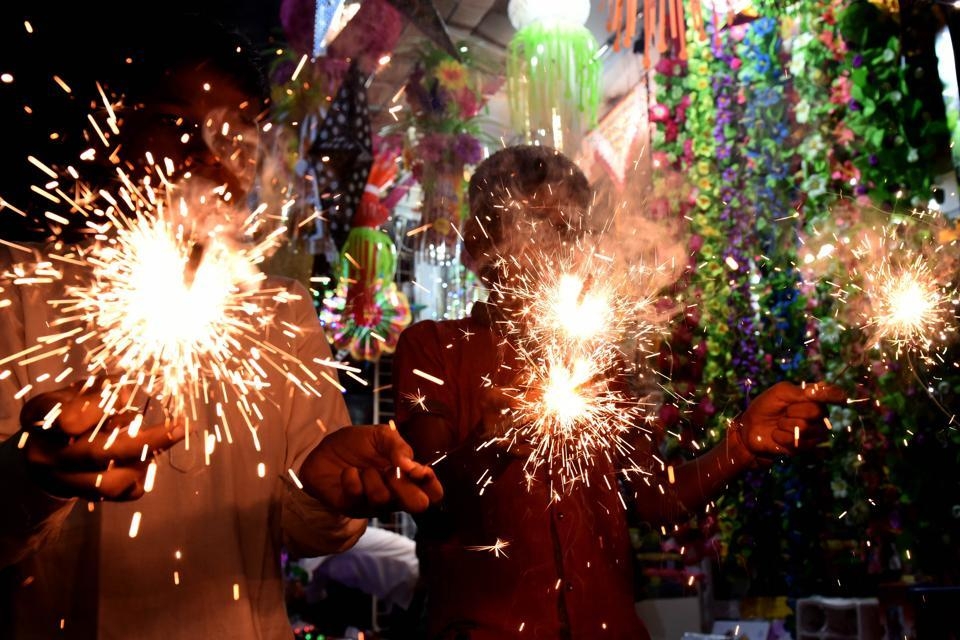 Thane: The Thane city recorded the noisiest and loud Laxmi Pujan on Thursday compared to last year. As per the survey from the activist and citizens, Thanekars were bursting crackers till 3am late in the night. Activists claim protocols and rules went for a toss as no action was taken by the police.

Dr Mahesh Bedekar, a social activist from Thane who had also filed a PIL against Noise pollution a few years ago, said that a survey conducted by his team measured and compared the noise and decibel level with last year. The survey stated that decibel level was high in Thane. "This year's Diwali was much noisier than the last 2 years at least on Laxmi Pujan day . Bursting crackers till 3am midnight only shows incompetency or neglect of police and the authorities," added Bedekar.

Similarly, last year during the pandemic the noise level was 65db to 95db. But this year it crossed 100 db and went on till 3am in mid-night. "We noticed the Ghodbunder road residential complexes were noisiest. One of the noisiest first days of Diwali in recent time," added Bedekar.

During the pandemic many of the citizens have suffered losses. But the bursting of crackers seems people are recovering from their losses and have money to spend on crackers. Activists claim residents were seen bursting crackers on road and residential societies, which is restricted.

The results of bursting crackers was seen in Thane, where fire was caught due to crackers sparkles at many places.

According to the regional disaster management cell of Thane Municipal corporation, small fire incidents were reported at around 12 different places in Thane. Among the 12 places at around 10 places the bursting crackers resulted in fire in the garage or some other place. "Most of the places it was a small fire, which was douse and the situation was brought to control. No injuries or casualty was reported on Thursday," said Santosh Kadam, head of RDMC. Thane: Contractor booked for negligence after workers die of electrocution