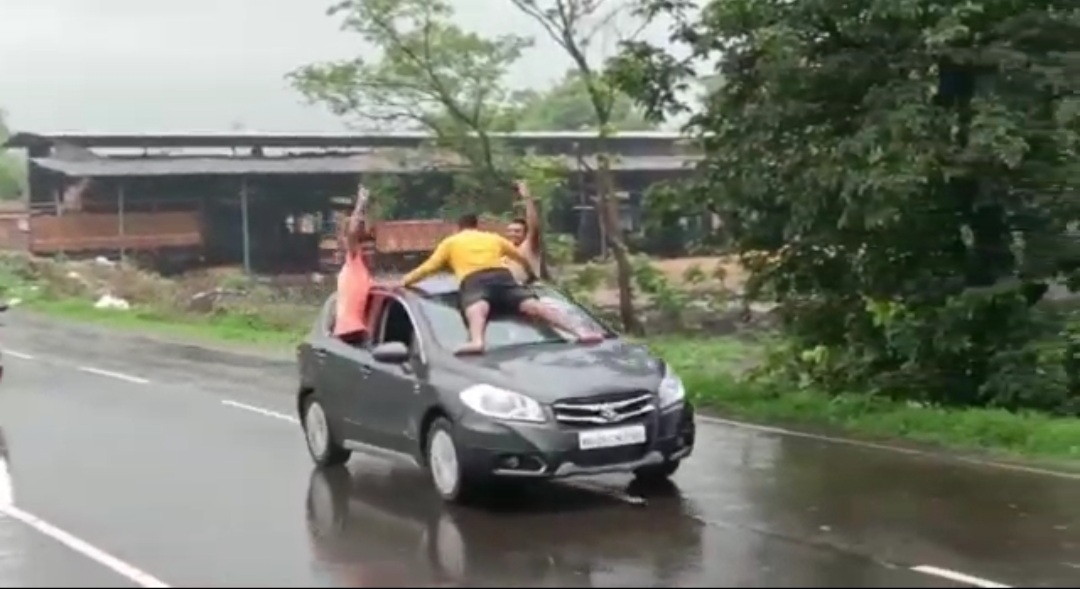 Thane police are yet to take action against a group of youngsters who were performing dangerous stunts on the road. The video of which went viral on social networking sites on Wednesday.

A video of the youngsters enjoying in the rain and performing dangerous stunts under the influence of alcohol went viral on social media.

The youngsters were driving the car on Malang gad road in Kalyan on Wednesday. The video showcases how one of them was seen sitting on the bonnet of the car and the other two were sitting and protruding out of the window while, another person was driving.

Locals who shot the video raised concern about their safety saying pointing that such videos might encourage others. "The police should take action against them so that they don't repeat the same. They were driving at high speed on a slippery road", said one local. 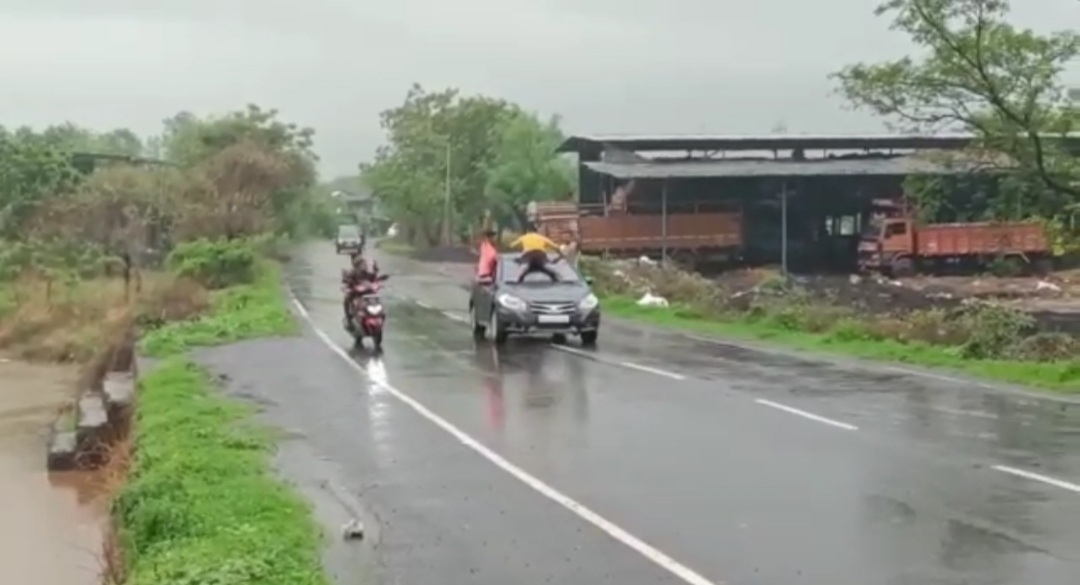 Locals who kept a watch on the car found the youngsters were drinking alcohol and driving irresponsibly on the road in the rain.

The road on which the youngsters carried out the stunt comes under the jurisdiction of Hill line police station of Ulhasnagar zone.

A senior official from hill police station said they are investigating the authenticity of the video and will take action accordingly. Thane: Woman dies while trying to get back snatched phone, two arrested